World Diamond and Jewellery Forum to be established 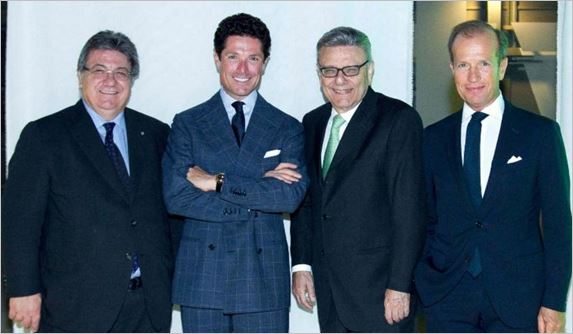 A new international  think tank called the World Diamond and Jewellery Forum (WDJF) is being established, with the primary goal of providing the diamond and jewellery sectors with the broadest possible view and understanding of the challenges that face them, and to consider and propose alternative strategies for dealing with such challenges.

It will operate under the auspices of Fiera di Vicenza, the leading Italian business platform, trade show organiser and service provider.

The announcement was made by Matteo Marzotto, President of Fiera di Vicenza,  during a press reception in Venice, before the start of the VICENZAORO Fall trade show in Vicenza.

It is not meant to supplant any existing organisations; in fact it is intended to serve the interests of all those bodies. Representatives of the other industry organisations will be invited to participate in WDJF’s deliberations, and to tap into its knowledge base.”

WDJF  will fill a void in the greater diamond and jewellery industry, said Mr. Izhakoff. “The complete absence of any all-industry analysis and planning mechanism has resulted in situations in which we have often been forced to react after the fact to potentially dangerous threats, which we had not properly anticipated.

This includes the conflict diamond crisis in 1999 and 2000, the collapse of the Japanese markets in 2007, and the global financial crisis in 2008. It also  has meant that we have been late in taking advantage of new and/or developing economic opportunities. WDJF is intended to provide that analysis and planning capability.”

“We intend WDJF to be fully inclusive,” said Dr. Cavalieri. “We will engage with leaders and opinion makers from the diamond and jewellery industries, government, the international community and specifically the United Nations, academia, other business sectors, civil society and the greater community, in order to analyse and consider current and future developments, and to influence and help shape global, regional and domestic agendas in the jewellery, diamond, coloured gemstone, pearl, precious metals and related sectors.”

Over the coming months, WDJF will introduce its operating structure and schedule. The new organisation plans to conduct its first public forum for the industry in conjunction with the premiere edition of the VICENZAORO DUBAI show, which will take place in Dubai, April 23-26, 2015.