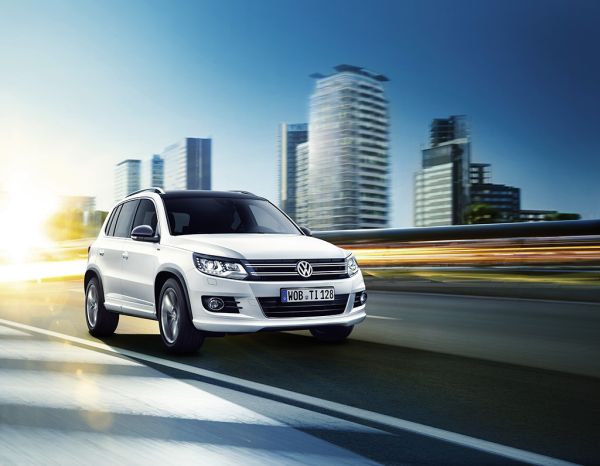 The Volkswagen Group reported considerable growth in sales revenue and earnings in the first six months of the year in a very challenging environment. Sales revenue rose by 10.1 percent to EUR 108.8 billion (EUR 98.8 billion) in the first half of the year, primarily due to exchange rate effects and an improved product mix.

“Our results for the first half of the year show that Volkswagen remains very well positioned in an increasingly difficult market environment and has a compelling product range”, said Prof. Dr. Martin Winterkorn, Chairman of the Board of Management of Volkswagen Aktiengesellschaft, in Wolfsburg on Wednesday.

“We are keeping a very close watch on global macroeconomic trends, especially where there are uncertainties such as in the Chinese, Brazilian and Russian markets.”

“The difficult market environment and fierce competition, as well as interest rate and exchange rate volatility and fluctuations in raw materials prices all pose challenges. We are systematically implementing our efficiency program and are continuing to roll out the modular toolkits. We expect considerable positive effects in both instances”, said CFO Hans Dieter Pötsch.

Liquidity was reduced by the capital increase in the Financial Services Division in the first quarter and the dividend payment in the second quarter, while the successful placement of hybrid notes strengthened the Automotive Division’s capital base.

The Volkswagen Group maintained its disciplined approach to investment with a ratio of capex to sales revenue in the Automotive Division of 4.9 percent (4.1 percent). The Group invested primarily in production facilities and in the models to be launched in 2015 and 2016, as well as in the ecological focus of the model range.

Global new passenger car registrations increased between January and June 2015. However, trends in the individual regions were mixed. While growth was driven by the Asia-Pacific, North America and Western Europe regions, new passenger car registrations in South America and Eastern Europe saw declines, some of which were severe.

Operating profit at Volkswagen Passenger Cars rose to EUR 1.4 billion (EUR 1.0 billion) due to sales revenue and cost optimization, as well as positive exchange rate effects. Although the markets in South America and Russia were negative factors, there were positive effects from the efficiency program. The operating margin amounted to 2.7 percent (2.1 percent).

Audi’s operating profit rose to EUR 2.9 billion (EUR 2.7 billion) due to sales growth and positive exchange rate effects; its operating margin amounted to 9.8 percent (10.0 percent). High upfront investments in new products and technologies, as well as the expansion of the international production network, weighed on earnings.

Winterkorn believes that the Group is well positioned for the future: “We offer a comprehensive range of attractive, environmentally friendly, cutting-edge, high-quality vehicles. The Volkswagen Group’s brands will press ahead with their new product initiatives in 2015, modernizing and expanding their offering by introducing new models.”

The Volkswagen Group expects that deliveries to customers will remain on a level with the previous year in 2015 in a persistently challenging market environment. Depending on economic conditions, 2015 sales revenue for the Volkswagen Group and its business areas is expected to increase by up to four percent above the prior-year figure.

However, economic trends in Latin America and Eastern Europe will need to be continuously monitored in the Commercial Vehicles/Power Engineering Business Area.

In terms of the Group’s operating profit, Volkswagen continues to anticipate an operating return on sales of between 5.5 percent and 6.5 percent in 2015.

Volkswagen expects the operating return on sales to be in the 6.0 percent to 7.0 percent range in the Passenger Cars Business Area, and between 2.0 percent and 4.0 percent in the Commercial Vehicles/Power Engineering Business Area. For the Financial Services Division, Volkswagen is forecasting an operating profit at the prior-year level.