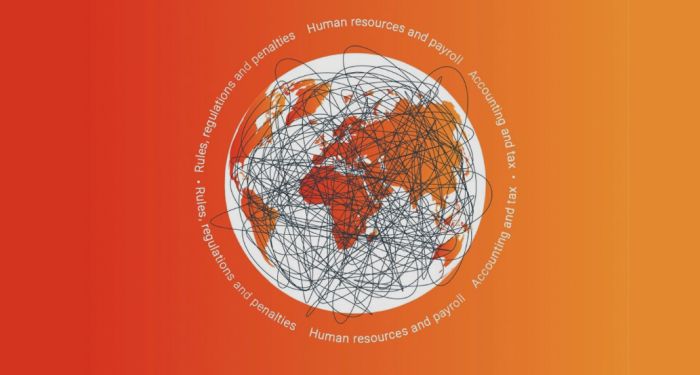 Digitisation of incorporation and taxation key to competitiveness

However, immigration and Brexit uncertainty could see us plummet

A new report from professional services firm TMF Group has ranked the UK better than other major European countries for business complexity – one measure of a jurisdiction’s attractiveness for multinational firms.

The TMF Group’s annual Global Business Complexity Index 2020 ranks 77 jurisdictions across the world in order of ease of doing business, with the UK sitting mid table as 44th most complex. It places the UK comfortably ahead of our near neighbours France (ranked 12th globally and the most complex in Europe), Spain (29th), Italy (36th) and Euro powerhouse Germany, which is ranked 40th most complex worldwide.

Among the reasons for its higher placing is the speed in which companies can incorporate in the UK, which can be done in less than a week. Such a short start-up time is only the case in 25% of jurisdictions surveyed worldwide – and is far quicker than in Germany, for example, where the process can take about a month. The fact that companies only deal with one body in the UK, as opposed to two in France and four or five in Germany, Spain and Italy, is undoubtedly a contributory factor to that shorter timeframe.

It is also, conversely, relatively easy to dissolve a company in the UK, taking on average two to three months, as opposed to four to six months in France, and more than a year in Germany, adding a degree of risk and placing a significantly longer strain on any parent company should the need to do so arise.

From a tax perspective, this year’s findings show that the UK has a comparatively simple system in place, with companies having to deal with one central tax authority, as opposed to multiple ones in France, Germany, Italy and Spain. Similarly, when it comes to HR and payroll, there are less stringent rules and regulations imposed on businesses in the UK.

For example, Spain, in common with 34% of jurisdictions worldwide, requires the payment of an annual bonus, equivalent to a month’s salary. This is not mandated in France or Germany, but many employers are expected to follow the convention nonetheless. In the UK such bonuses are entirely optional.

TMF Group CEO Mark Weil said: “UK companies have had a lot thrown at them, not least the ongoing uncertainty around Brexit, and the massive economic and social disruption caused by COVID-19. As the UK government looks to rebuild the economy, having an attractive and competitive market to operate in will play an important part in securing any new trade deals and building cross-border investments.

“Setting up, filing your accounts, conforming to regulations and paying your staff – these are simpler and done more efficiently in the UK than many of its European neighbours, according to this year’s analysis. These are powerful arguments for that investment.”

However, this year’s Global Business Complexity Index points to two other nearby markets as potential threats to the UK government’s efforts. Amsterdam and Dublin have often been cited as competitors to London as international business hubs, so it is noteworthy that the Netherlands (22nd) and the Republic of Ireland (20th) are ranked as the least complex countries in the EU to do business, with both highlighted as offering very attractive corporate tax regimes for foreign companies.

Most and least complex globally

According to the Global Business Complexity Index (GBCI), Curaçao is the simplest country in which to do business and Indonesia the most complicated.

The report found that most of the ten least complex jurisdictions were in the Western hemisphere, with Curaçao joined by the United States of America, Jamaica, Denmark, the British Virgin Islands, the Netherlands, El Salvador, the Republic of Ireland, the Cayman Islands and Mauritius. The most complex jurisdictions, meanwhile, centred around South America and Asia, with Indonesia followed by Brazil, Argentina, Bolivia, Greece, China, Nicaragua, Colombia, Malaysia and Ecuador making up the top ten.

When analysing why Curaçao was the most straightforward location, the report pointed to how its regulatory system is aligned with international norms, as well as noting the jurisdiction’s adoption of technology, such as electronic tax filing. Conversely Indonesia has labour laws which outsiders find anarchic, and restrictions on foreign ownership which complicate investment in the country.

Mark Weil added: “Understanding international business complexity is essential, even more so during these challenging times. A complex country can constrain business success or can discourage investment entirely; on the other hand, simplicity of operation can encourage investment in a jurisdiction that would not otherwise be competitive.

“This year’s index shows that how jurisdictions are responding to trends driving standardisation across different operational frameworks, and the continuing growth of technology and digital practices, is a huge factor in determining the global landscape of business complexity. Any government looking to put its stake in the ground as an attractive place to do business would do well to take note of those trends. And any business looking to take advantage need to ensure they can address the complexities of meeting all the rules of engagement both locally and globally.”