The election of Donald Trump was followed by capital outflows from emerging markets. As a result, various EM currencies, among which the Turkish lira, the Malaysian ringgit, the Brazilian real, and the South African rand are under pressure.

The graph below represents the ten currencies that have depreciated the most since 9 November 2016. 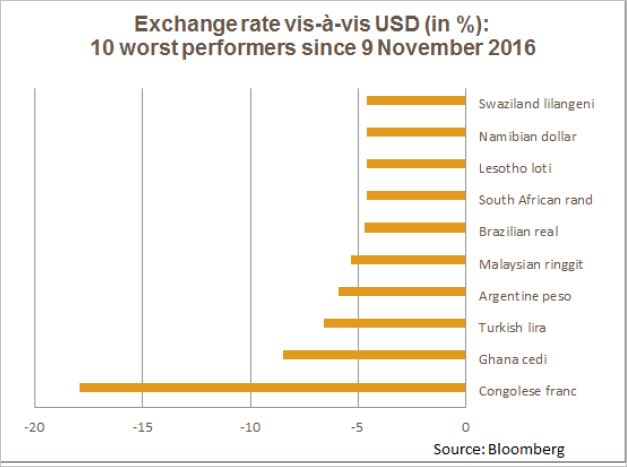 Turkey’s Achilles’ heel is the fact that the country (re)finances its high level of short-term external debt with volatile short-term capital flows. It is therefore one of the countries that are hit hard by the wave of capital outflows.

The Turkish lira is under severe pressure (cf. graph). In order to stem depreciation pressure, the central bank decided to increase its benchmark interest rates such as the one-week repo rate which was increased from 7.5% to 8%.

Despite this move, the pressure on the lira is likely to continue as political and economic uncertainties are high amid, among other things, rising insecurity, fallout from the failed coup attempt, questions regarding central bank independence and the expected rise in the current account deficit. 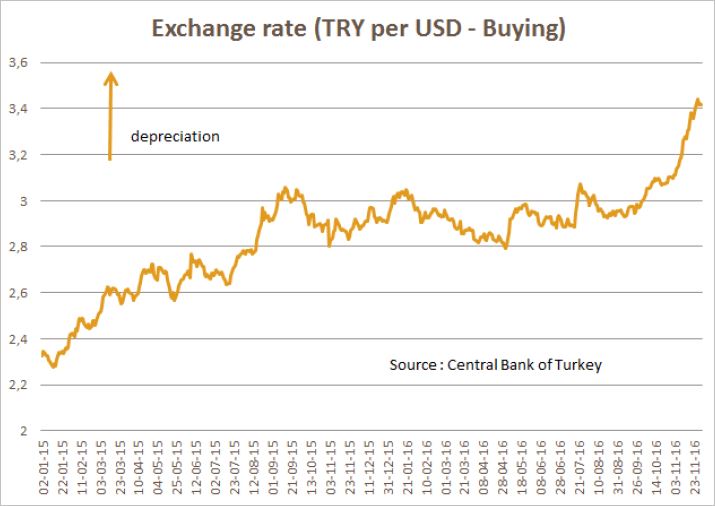 This is likely to lead to a deterioration of the asset quality of the banking sector which is also exposed to foreign investor confidence as over the past years its negative net foreign asset position has deteriorated.