Trade trends for the major economies 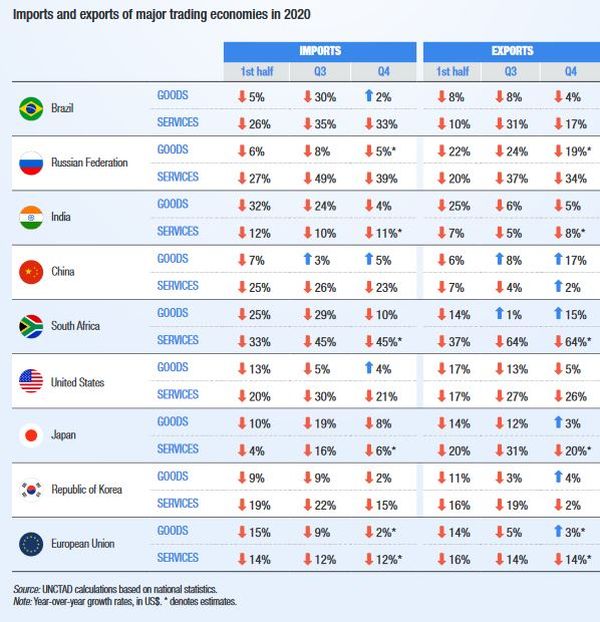 Import and export trends for some of the world’s major trading economies further illustrate how trade patterns changed during 2020. In the first half of 2020, all major economies experienced significant downturns in both imports and exports of goods, with even heavier declines in the trade of services.

Although improvements have been seen from lows earlier in the year, the value of trade remained lower for nearly all major economies in the third quarter of 2020 than in the same quarter of the previous year.

Growth of around 3 per cent in Chinese goods exports was the exception to this trend. In the fourth quarter of 2020, while trade in goods ameliorated substantially across many major economies, trade in services, in contrast, remained below averages.

Notably, exports of services from China, and to a lesser extent India, appear to have fared relatively better than other major economies throughout 2020.

Imports and exports of major trading economies in 2020
Source: UNCTAD calculations based on national statistics.
Note: Year-over-year growth rates, in US$. * denotes estimates.