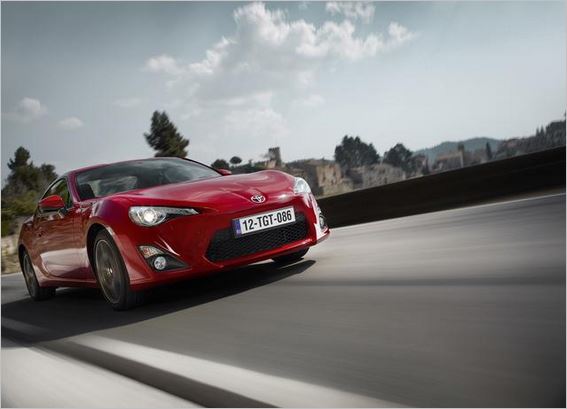 Strong performance of Aygo and the new Yaris, respectively +38% and +8% year-on-year

Toyota Motor Europe (TME) sales totalled 451,000 units in the first half of the year

Hybrid sales represent 22% of the total sales, up 2% points versus the same period last year

TME sales results were driven mainly by the increase of sales in Western Europe (+6%) and Central Europe (+15%). Sales in Eastern Europe (Russia, Ukraine, Kazakhstan and Caucasus) decreased by 35% in spite of a market drop estimated at -38%, allowing Toyota and Lexus combined market share to increase by 0.3 % points.

Toyota Yaris Hybrid and Auris Hybrid sales increased by 21% and 8% respectively. Sales of Toyota and Lexus hybrid models reached 101,000 units during the same period, making up more than one fifth of the total sales.

Karl Schlicht, Executive Vice-President of TME said : “ Our sales performance in the first half of the year is very much in line with our plans. We are pleased to see our sales growing in Western and Central Europe and to outperform the market in Eastern Europe, despite the challenging environment in the region.

Our sales performance is driven by our core models, mainly the newly launched Aygo and Yaris as well as our Toyota Hybrid models. In Eastern Europe, Camry and Rav4 are strengthening their position in their respective segments.

We expect the new Auris and Avensis to contribute to our annual sales in the remainder of the year. Lexus confirms its growing trend with an increase of 29% versus the same period last year.”

Sales of Toyota and Lexus Hybrid models reached 101,000 units for the first half of the year, a 12% increase versus last year. Hybrid sales represent 22% of total TME sales, an increase of +2% points vs the first half of 2014, confirming the ever strengthening customer interest and confidence in our hybrid technology.

Lexus Hybrid sales have a very strong momentum and have increased by 40% in the first half of the year, to reach 20,500 units. Lexus Hybrid Drive represents 62% of the total Lexus sales, reaching 96% in Western Europe.

The Toyota Yaris Hybrid achieves a 21% increase in sales versus the first half of 2014 to 36,400 units, showing the strong acceptance of the new model launched last summer. In the first half of the year, over one Yaris out of three sold in Europe is a hybrid.

The new Aygo is performing extremely well, with sales reaching 47,500 units for the first half of the year, representing a 38% increase versus last year.

Sales of the Toyota Yaris increased by 8% to 105,100 units with the strong performance of the Yaris Hybrid, which registered its best sales month in June , reaching 36,400 units in the first 6 months of the year.

The new Auris and Avensis that are just being launched across Europe are showing a positive sales start, and will contribute to our annual sales in the remainder of the year.

Lexus is achieving its best-ever first half sales in Europe. During the first half of 2015, Lexus sales increased by 29% to 31,600 units, confirming the very positive trend initiated last year with growth in Western Europe, while Lexus sales are growing year on year in Eastern Europe despite the decline of the market.

The newly launched NX is contributing to this success with sales reaching over 13,000 units, out of which hybrid sales represent about 60%.

Lexus is one of the fastest growing premium brands in Europe. We expect the strong performance achieved in the first half of the year to continue throughout the year to reach a new sales record of 60,000 units.

(1) Toyota Motor Europe is responsible for all Western, Central and Eastern European countries including Turkey and Russia as well as Israel and a number of Central Asian markets (Armenia, Azerbaijan, Georgia, Kazakhstan, Tajikistan, Turkmenistan and Uzbekistan).