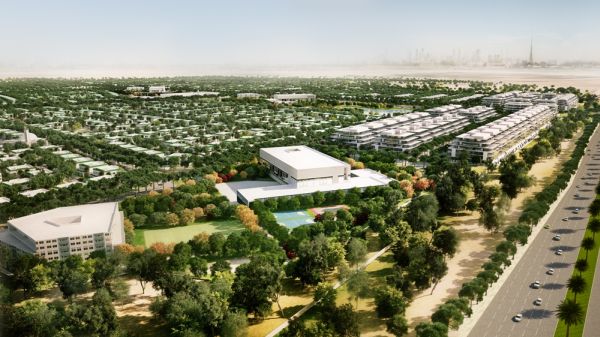 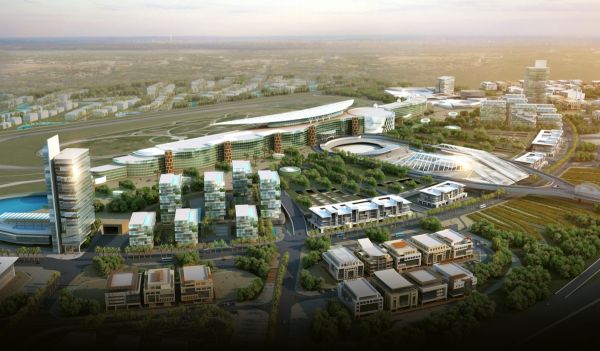 One of the unique elements to District Eleven is the launch of Kent College Canterbury – Meydan, a strategic partnership between Meydan Group and one of the most respected educational institutes in the UK.

Built around the British curriculum, classes will be offered from year 1 to 12, with students in year 6 and above offered finishing classes with an emphasis on equestrian training.  The school will eventually accommodate up to 2,000 students; sport and recreational facilities will include football and rugby fields, cricket grounds and a running track.

The second announcement from Meydan is that construction has begun on the newly branded Meydan Avenue – previously known as Diamond Business Park – which sits in the shadows of The Meydan Hotel, Racecourse and Grandstand.

The development will offer a blend of residential, commercial, retail and recreational facilities enhanced by the sports and leisure attractions featured at Meydan, as well as a comprehensive range of conference and exhibition services, as well as the new Meydan Arena.

Running adjacent to Al Meydan Road, Meydan Avenue will feature stylish buildings of residential apartments at each end, connected by roads, walkways and landscaped pathways to provide easy access to all areas for vehicles and pedestrians. The architectural design throughout the development will be contemporary, innovative and inspired by geometric styling and technology.

The Meydan Arena will be positioned in close proximity to The Meydan Hotel, with the Dubai skyline serving as a dramatic backdrop to special events and functions.

Completing the range of developments at Meydan Avenue will be the new Meydan Headquarters, a 17,500sqm facility with 11,600sqm available as leasable office space to local and international businesses.

Meydan Chairman H.E. Saeed Humaid Al Tayer said – “We are building desirable communities in Dubai which will become integral areas for living and working in the years to come.  It’s an exciting time for us at Meydan as construction is underway on both of these major new projects and will soon be coming to life.

“District Eleven will become a sought after suburban community in Dubai as we bring in outstanding education facilities, complemented by one of a kind landscaping and green space.

“The residential apartments in Meydan Avenue, meanwhile, will look across the Meydan Grandstand, giving residents access to the recreational facilities such as The Track Golf Course and immediate access to a range of shops and restaurants.”

Meydan is hosting a sizeable, interactive and technologically advanced 450sqm stand at the entrance to Hall Five of Cityscape Global, the region’s premier real estate event which runs from 21-23 September at the Dubai International Exhibition and Convention Centre.

The stand showcases the vast breadth of Meydan’s reach throughout Dubai, with management on hand to provide updates to the real estate community on its projects including Entisar tower on Sheikh Zayed Road, the Dubai Water Canal and developments within Mohammed Bin Rashid Al Maktoum City.

Meydan Group is committed to helping create the future of Dubai through the development of attractive, family oriented residential and lifestyle projects.

Meydan is the visionary concept of His Highness Sheikh Mohammed bin Rashid Al Maktoum, UAE Vice President, Prime Minister and Ruler of Dubai. The project is the culmination of his vision to create not just a venue for horseracing, but an integrated city that is sustainable, environmentally responsible and one that positions Dubai at the centre of the competitive global business stage.

Meydan Group aims to link the world with the Emirate of Dubai through a range of commercial developments, hospitality, sports, entertainment and amusement services, a series of state-of-the-art business parks, residential villa communities, schools, hospitals, business towers with luxury waterfront developments and shopping destinations, as well as international horseracing and equestrian events.