Rosland Capital is appointed as the exclusive distributor of the Officially Licensed Formula 1® Coin Collection by the UK based licence holder; Stunt & Co Ltd.

The limited edition gold coin has been given a special United States Grand Prix™ design to celebrate one of the most popular races on the Formula 1® calendar being staged at COTA – the only purpose-built Formula 1®  facility in the U.S. – for the fifth year in succession.

This limited edition coin – of which only 5000 have been minted – will be displayed to Formula 1® VIPs in the Formula One  Paddock Club™ throughout the race weekend alongside the previously unveiled British and Italian Grand Prix™ one-quarter ounce gold coins.

Completing the set will be an updated version of the two-and-a-half-ounce gold and silver coins (only 100 & 1000 minted respectively) and the show stopping 1 kilogram F1® Gold Coin, of which only 7 are still available.

The two-and-a-half-ounce gold and silver coins, so well received at Silverstone, now also include the 2016 F1® car design, alongside the official F1® Logo and a list of each host venue on the 2016 FIA Formula One World ChampionshipTM calendar.

Celebrating the rich history and status of the world’s most exciting and glamorous sporting series, the coins come in a variety of high-end designs and collectible packaging, marking them out as timeless collectors’ items for any true Formula 1® fan. 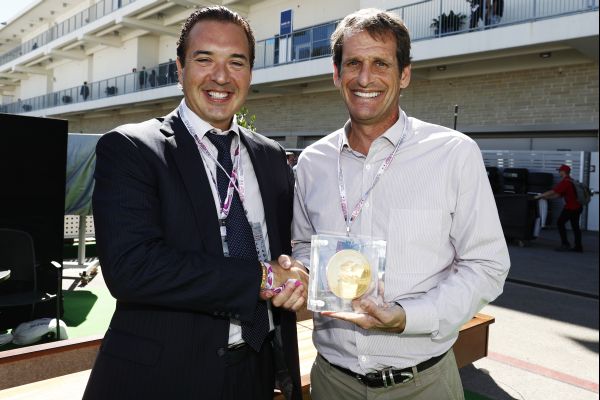 Marin Aleksov, Chief Executive Officer of LA-based Rosland Capital, was thrilled to showcase the new coin collection in Austin: “We are incredibly excited to showcase our new and updated range of gold and silver coins to the American F1 audience here in Austin and build on the goodwill and positivity that has come our way since our official F1 debut in Silverstone earlier this year.

I believe Circuit of The Americas is a perfect setting to unveil our new collection, as we share many of the same qualities and values with the home of F1 in America – new, exciting, glamorous and unforgettable.

We are confident our magnificent coins will prove to be a unique keepsake for any and all coin collectors and Formula One fans attending this weekend’s United States Grand Prix.”

Created in association with the global license-holders, UK-based Stunt & Co. Ltd., the limited edition, legal tender proof coin collection will only be available from Rosland Capital Group in the United States and United Kingdom.