Distribution of 10% of dividends at Annual General Meeting 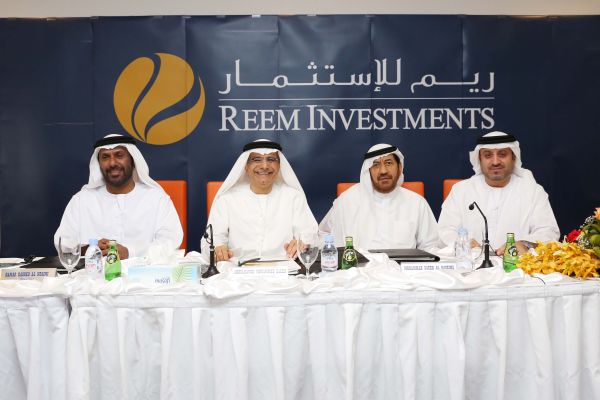 The Board of Reem Investments PJSC, one of the leading investment companies in Abu Dhabi, has announced at its Annual General Meeting on Tuesday, 17 March 2015, a Net Profit of AED245 million for the financial year 2014, an increase of 61% from 2013.

Mr. Abdulhamid Saeed, Managing Director of Reem Investments said, on behalf of H.H. Sheikh Tahnoon Bin Zayed Al Nahyan, Chairrman of the Company, “In a volatile year where the falling oil prices had impacted the stock markets negatively, the investment portfolio made a notable contribution to the Net Profit alongside the increase in sale of land.

“Significant efforts have also gone into the planning and design of new development projects as the Company continues to remain on a strong footing with Net Assets of AED5.1 billion and zero debt.”

The Annual General Meeting approved the 10% cash dividend distribution based on the capital of AED777.5 million, which was recommended by the Board of Directors.