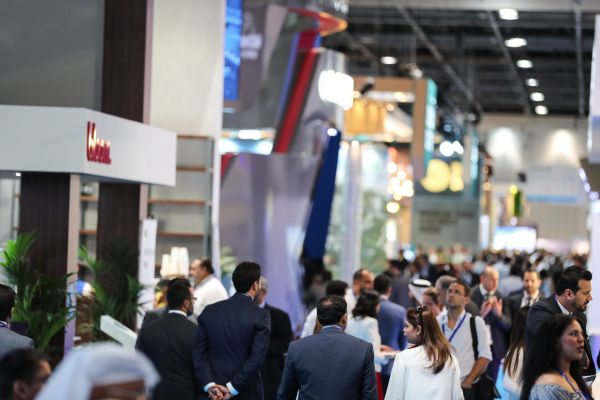 Caption: The Dubai Land Department reported more than AED870 million worth of property was sold during Cityscape Global

The Dubai Land Department has reported that sales of off-plan properties at this year’s Cityscape Global totalled more than AED870 million, with a steady stream of sales expected in the coming month off the back of the event’s success, which the show organisers report welcomed 45,500 participants during the three days, a growth of almost 20 per cent year on year.

The region’s largest real estate and investment event, which concluded on Wednesday 13 September, saw the introduction of on-site sales for all UAE projects, and hosted hundreds of prominent local and international companies offering an array of exclusive deals.

Tom Rhodes, Exhibition Director for Cityscape Global said: “It was encouraging to see such an influx of participants this year, and with the number of deals being made on-site, and it was evident to see that the attractive offers, and flexible payment plans being promoted by exhibitors appealed to all visitors at the show.”

Informa, the event organisers, noted that 66% of the surveyed visitors stated they intend to make a purchase or do businesses with a company onsite, while exhibitors were expected to generate on average AED22 million as a result of participating in the event.

Lynnette Abad, Partner and Head of Property Monitor said: “It’s important to note that with both the registered DLD transactions during the show as well as the week after the event, off-plan sales for apartments outnumbered those for townhouses and villas.

“This highlights the shift in investors’ and end-users’ preference, which is likely backed by the location of the property, security of investment and income yields.”

Many exhibitors reported a successful year at Cityscape Global: Azizi Developments sold out their phase one units for AED12 billion waterfront project, Azizi Riviera; while an anonymous buyer of one Omniyat’s One Palm units broke the record for the most expensive penthouse, with a final price of AED102 million.

Additionally, Aldar’s ‘Water’s Edge’ project generated $109m (AED400m) in sales the first phase, citing that more units of the $653.4m (AED2.4bn) development will be available in the near future.

The show witnessed a host of new project launches and masterplan unveilings from major developers such as Nakheel’s Dh4 billion worth of developments; Union Properties’ Dh8 billion masterplan for MotorCity; and Deyaar’s Dh1b South Bay in Business Bay.