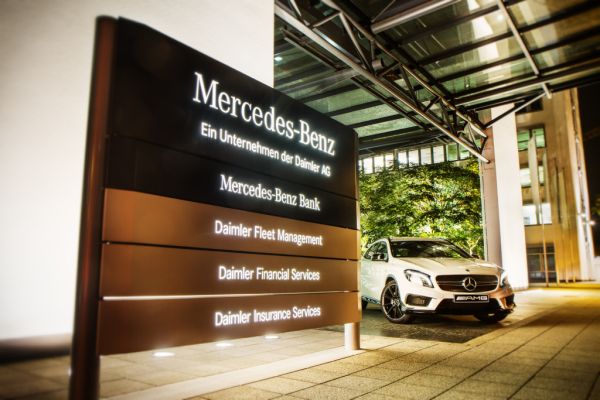 As at November, the number of vehicles under contract exceeded 4 million for the first time, with a total value of more than 125 billion euros

Daimler Financial Services is on course to deliver a record year in 2016. In the first 11 months of the year, the company concluded some 1.5 million new financing agreements – nine percent more than in the same period last year.

Klaus Entenmann, Chairman of the Board of Management of Daimler Financial Services AG: “We already provide financing or leasing arrangements for one in two new vehicles from Daimler. For the full year 2016 we are expecting to achieve record figures for new business, contract volume and overall revenue.”

Our growth course will continue through 2017. We will continue to invest in digital and networked mobility solutions and position ourselves as a leading finance and mobility services provider”, is Entenmann’s outlook at the end of a successful 2016.

For the very first time, the value of all automobiles, vans, trucks and buses around the world that are financed or leased through the company exceeds 125 billion euros. This represents an increase in contract volume of almost ten billion euros compared with the end of 2015.

This development is largely attributable to strong growth in Europe (plus 8%) and China (plus 19%). The bottom line saw earnings for the first three quarters of the year rise to more than 1.3 billion euros (plus 9%).

2016 was a year of strategic investment. Daimler Financial Services took over the Dutch fleet services provider Athlon for around 1.1 billion euros in early December, and will proceed to integrate its own fleet business under this brand. With more than 350,000 vehicles worldwide, the company is a leading player in the European fleet management sector.

The taxi app “mytaxi”, which is likewise operated by Daimler Financial Services, was merged in July with the British app “Hailo”; the outcome is Europe’s leading taxi hailing app network (active in nine countries).

Further investments such as in the Berlin-based start-up company “Blacklane”, serve to underline the strategic significance of digital mobility services. Entenmann: “‘Mobility at your fingertips’ – our aim is to make mobility as intuitive and easy for our customers as using a smartphone.”

Around the world, there are 10,778 people working for Daimler Financial Services (803 more than at the end of 2015). In October the company made it onto the list of the world’s top 25 employers, taking fifth place in the overall ranking of the ‘Great Place to Work’ Institute.

The ranking is the result of an anonymous employee survey, taken in conjunction with an audit of the company’s human resources and management policies by the GPTW Institute.

All in all, some seven million employees from more than 4100 companies all over the world took part in the survey.