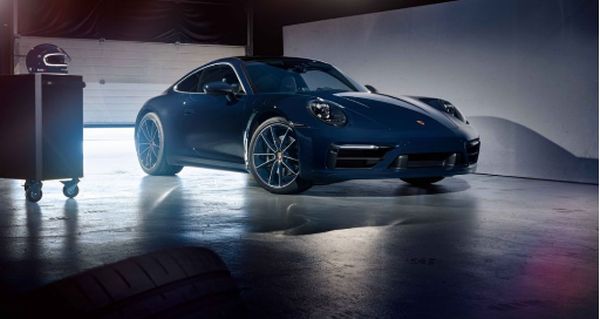 The consolidated profit after tax of Porsche Automobil Holding SE (Porsche SE), Stuttgart, has risen to 4.4 billion Euro in the 2019 fiscal year, an increase of 26.3 percent compared with the previous year (3.5 billion Euro).

This development is mainly influenced by the at equity result from the investment in Volkswagen AG, Wolfsburg, of 4.4 billion Euro (previous year: 3.6 billion Euro). As of December 31, 2019, Group net liquidity amounted to €553 million (previous year: €864 million). The decline is due in particular to the acquisition of Volkswagen ordinary shares in the first quarter of 2019.

Hans Dieter Pötsch, Chairman of the Board of Management of Porsche SE: “The key financial figures of Porsche SE, as well as its dividend policy, are significantly influenced by the development of the Volkswagen Group. Therefore, the successful development and increase in the enterprise value of Volkswagen is in Porsche SE’s own best interest”.

Positive development in other investments

The other investments of the Porsche SE Group also developed positively in the past fiscal year. The PTV Group (PTV), Karlsruhe, for example, increased its turnover in the 2019 fiscal year to 116 million Euro thanks to a strong fourth quarter. The bottom line is a double-digit growth in turnover and a positive operating result (before PPA effects) of 5 million euros at PTV level.

The new PTV Executive Board has developed a strategy to focus the company more strongly on cloud-based solutions in the future. “As a long-term oriented investor, we support PTV in this transformation. We are convinced that the new strategy opens up promising growth prospects for the company”, says Hans Dieter Pötsch.

In addition, Porsche SE holds interests in four US technology companies. AEVA, Palo Alto/California, specializes in the field of laser-based object recognition, or LIDAR (Light Detection and Ranging) for short, and has developed a highly integrated solution in this area.

Pötsch: “Due to its technical advantages, LIDAR is a key technology for advanced driver assistance systems and will be central to automated and autonomous driving. With our participation in AEVA, we can profit in the long term from the expected exponential market development in the LIDAR sector”.

INRIX,Kirkland/Washington, is a leading provider of real-time traffic information. The two 3D printing specialists Markforged, Watertown, Massachusetts, and Seurat, Mountain View, California, have also made progress in 2019 in terms of sales and product development.

On the legal side, proceedings under the German Capital Investor Model Case Law have been pending at the Celle Higher Regional Court for more than three years in connection with the acquisition of a stake in Volkswagen AG. Plaintiffs there are asserting alleged claims for damages totaling approximately 5.4 billion euros. According to a preliminary opinion of the Celle Higher Regional Court, there is no legal basis for the actions. This is also the position of Porsche SE.

Damages amounting to approximately 1.1 billion Euro are being claimed. Porsche SE considers the actions brought against the Company in connection with the diesel issue to be unfounded and in some cases also inadmissible and is convinced that it will prevail in all legal proceedings still pending.

This results in a total dividend payout of around 952 million EUR (previous year: 676 million EUR). This proposal will be submitted to the Annual General Meeting for decision.

According to this estimate, the net liquidity of the Porsche SE Group as of 31 December 2020, excluding future investments, should probably be between 0.4 billion Euro and 0.9 billion Euro.

The consolidated profit after tax of Porsche SE will be primarily influenced by the earnings performance of the Volkswagen Group, which in 2020 will be dominated in particular by uncertainties due to the rapid spread of the COVID 19 pandemic worldwide in recent days and the associated distortions on the capital markets and in the real economy.

Therefore, the forecasts of Porsche SE for fiscal year 2020 are also subject to a correspondingly high degree of uncertainty.

The Annual Report 2019 of Porsche Automobil Holding SE is available at: https://www.porsche-se.com/investor-relations/finanzpublikationen/