WHAT IS THE NEOM PROJECT IN THE KINGDOM OF SAUDI ARABIA? 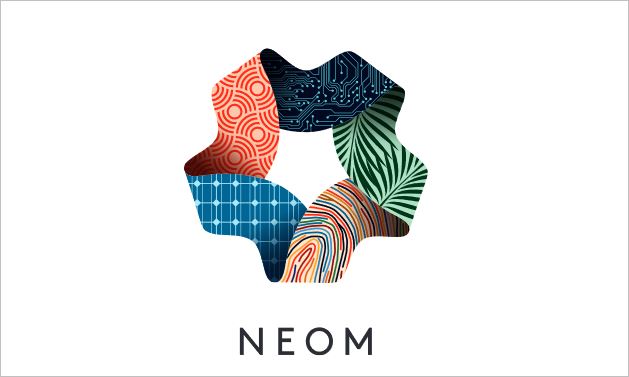 NEOM is short for ‘New Future’. It salutes the dawning of a new era. It captures a new future, unrivalled in concept and unmatched in imagination and intelligence.

NEOM is, in every conceivable sense, unprecedented – a new future on earth like nothing on earth.

NEOM is the world’s first independent special zone spanning three countries. It is set to become a new vibrant destination located in the Northwestern region of Saudi Arabia.

Expected to emerge as a leading global hub that heralds the future of human civilization by offering its inhabitants an idyllic lifestyle, NEOM seeks to attract top quality talent from around the world to push the boundaries of innovation like never before, and drive the growth of this zone and its residents.

WHAT GEOGRAPHICAL AREA WILL HOST THE PROJECT?

This special zone will be established in the north-western region of Saudi Arabia and is set to include territory from within the Egyptian and Jordanian borders, to comprise a total area of 26,500 km².

NEOM will provide a plethora of unique development opportunities, as the project’s strategic coastal Red Sea location is notable for its proximity to international markets and trade routes, including:

In addition, NEOM is blessed with an incredible and diverse terrain that offers:

Untouched beaches with more than 460km of pristine coastline and several spectacular islands Scenic mountains, with views across the Gulf of Aqaba and the Red Sea, where during parts of winter some are covered in snow Idyllic and peaceful desert expanses that astound the visitors

WHO IS RESPONSIBLE FOR THE PROJECT’S DEVELOPMENT?

The Kingdom of Saudi Arabia has established a special Authority to oversee NEOM chaired by HRH Prince Mohammed bin Salman. The whole project will be owned by the Public Investment Fund.

IS THIS A GOOD INVESTMENT OF SAUDI ARABIA’S FINANCIAL RESOURCES? SHOULD THEY NOT BE ALLOCATED TO DEVELOPING THE INFRASTRUCTURE OF EXISTING CITIES?

Saudi Arabia seeks to seize the great economic opportunities of the future by investing in them with confidence and vigor, for the purpose of diversifying the Saudi Arabian economy in the long-term. Consequently, government support will simultaneously continue to enhance and develop the infrastructure of all existing cities and suburbs of the Kingdom.

On top of the obvious rationale mentioned above, developing and building NEOM provides a key opportunity to minimize GDP leakage by allowing those that normally would invest outside, to give them an option of investing locally, hence minimizing the GDP exodus that happens because of limited local investment opportunities.

NEOM will create new opportunities of investment in industries that will be born and created from a white canvas, as well as allowing investors to tap into natural resources, such as endless green wind and solar energies.

WHAT IS THE NATURE OF THE JUDICIAL AND REGULATORY FRAMEWORK THAT WILL GOVERN ALL CIVIL AND COMMERCIAL AFFAIRS IN NEOM?

NEOM will be the world’s first independent special zone spanning three countries, with a regulatory framework designed to adopt world-class investment laws that support the livelihoods of residents and the development of targeted economic sectors.

The special zone will also adopt an autonomous judicial system subject to independent regulations and legislation, which will be drafted by investors in accordance with international best practice.

The zone will be independent of the Kingdom’s existing governmental framework, excluding sovereign laws. Social norms in Neom will adopt leading practices to improve standards of livability for its residents and visitors.

WHAT IS THE PROPOSED TIMELINE FOR THE COMPLETION OF NEOM?

Work on NEOM has already started through establishing communication with a wide network of potential investors and partners.

Construction has also started by establishing some critical infrastructure. With the announcement of NEOM today, discussions with potential investors / partners for NEOM will increase. NEOM’s first phase will be completed by 2025.

HOW MANY RESIDENTS WILL NEOM ACCOMMODATE?

The population of NEOM will grow organically in line with its automation and robotics developments, set to reduce labor-intensive manual tasks.

This will, in turn, ensure the growth of a highly skilled labor force that will fill creative and strategic positions.

WHO WILL INHABIT THIS SPECIAL ZONE? SAUDIS OR EXPATRIATES?

By offering its inhabitants an idyllic lifestyle paired with excellent economic opportunities that surpasses that of any other metropolis, it will attract Saudi Arabians and expatriates, as do all other global societies.

NEOM is positioned to become an aspirational society that heralds the future of human civilization by offering its inhabitants an idyllic lifestyle set against a backdrop of a community founded on modern architecture, lush green spaces, quality of life, safety, and technology in the service of humanity paired with excellent economic opportunities.

NEOM will offer its residents convenient accessibility, allowing them to reach their destinations by walking to encourage a healthier lifestyle. This will be enabled by state of the art urban design principles to design future-proof infrastructure.

Public services will be fully automated to help provide efficient services for its residents and businesses. NEOM will also provide its residents with free facilities, such as comprehensive free internet coverage, thereby supporting education and communication.

WHAT SECTORS WILL COMPRISE THE ECONOMY OF NEOM?

NEOM aims to develop nine key economic sectors for the future in addition to the establishment of industries that curb economic leakage in the Kingdom.

The key sectors have been identified as:

The future of energy and water

The future of mobility

The future of biotech

The future of food

The future of technological and digital sciences

The future of advanced manufacturing

The future of media and media production

The future of entertainment

The future of living as NEOM’s foundation

WHAT ARE THE OPPORTUNITIES FOR INTERNATIONAL INVESTORS IN NEOM?

NEOM offers unique opportunities and advantages to worldwide leading investors and business owners. The most notable of which is the direct access NEOM will provide to Saudi Arabian market as well as the global market, since the zone’s geographic location links three continents.

Additionally, the zone will provide a regulatory framework that establishes a business environment conducive to investors’ participation in the drafting of regulation and legislation.

Business owners and investors will receive financial support to develop projects that serve NEOM’s future goals since the Saudi Arabian Government has classified this project as a priority at all levels.

NEOM will be backed by more than $500 billion over the coming years by the Kingdom of Saudi Arabia, the Saudi Arabian Public Investment Fund, as well as local and international investors.

Furthermore, NEOM’s livability will be a strong conducive element for attracting the top global talent that the local industries will be able to tap into.

THE TERM “INDEPENDENT SYSTEMS” IS A LITTLE AMBIGUOUS. WHAT EXACTLY WILL THE PROJECT BE, A FREE ZONE, TRANSIT ZONE, ETC.?

The project will be developed within a specialized zone, independent of the Kingdom’s existing governmental framework, excluding sovereign laws, in regards to taxation, customs, labor laws, and other legal parameters pertaining to business. As such, a zone within an independent system gives industry the ability to manufacture and provide, goods and services at globally competitive prices.

WHAT DOES “EXCLUDING SOVEREIGN” MEAN?

“Sovereign laws” refer to everything related to the military sector, foreign policy, and sovereign decisions – all of which will remain at the government of Saudi Arabia’s discretion.