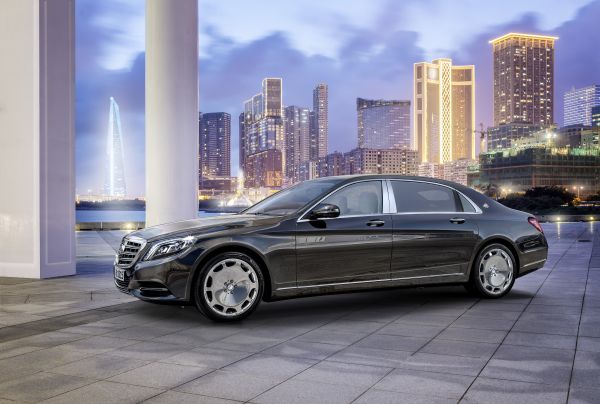 Strong growth in demand in the European markets

Ola Källenius: “We have already topped the total sales of the previous year in November. This will turn 2014 into another record year for Mercedes-Benz.”

In the past eleven months, Mercedes-Benz has already sold more vehicles than in the entire year 2013. Since the beginning of the year, 1,486,839 vehicles were handed over to customers (+12.4%). In November the Stuttgart based brand posted another record with sales of 150,742 units (+13.0%). Thus, Mercedes-Benz has managed to achieve a new sales record in every month of the current year.

“November was a very successful month for us”, says Ola Källenius, Member of the Divisional Board of Management of Mercedes-Benz Cars responsible for Marketing & Sales. “We have already topped the total sales of the previous year in November. This will turn 2014 into another record year for Mercedes-Benz”, continues Källenius.

In Europe, Mercedes-Benz sold 61,060 vehicles in November, 13.6% more than in the same month of the previous year. In the highly competitive German market, the Stuttgart based brand posted a growth of 9.2% with sales of 23,373 units and maintained its market leadership among the premium manufacturers. In the UK, the most important market for Mercedes-Benz in Europe behind Germany, 8,754 customers opted for a vehicle with the star in November (+13.5%). This led to another sales record, as in Switzerland, where the demand increased by more than 40%. Growth rates of more than 30% were attained in France and Spain last month.

In the NAFTA region, 38,740 vehicles were handed over to customers in November (+2.3%). In the USA, the world’s biggest market of Mercedes-Benz, November was the best selling month in history. With 34,578 delivered vehicles the brand was the premium manufacturer number one (+0.6%). In Canada sales increased by 19.6% to 3,282 units.

The Asia-Pacific region continues to stand out as a growth driver: Sales numbers exceeded the level of previous year’s November by 23.3%. In China, 23.1% more vehicles were sold than in the previous year’s month (26,184 units). Since the beginning of the year, the demand has grown by 30% to 252,819 vehicles. In Australia, 37.9% more vehicles were delivered to customers in November; in Japan, where Mercedes-Benz holds the market leadership among the premium manufacturers, sales increased by 23.2%. Thus, both countries have achieved sales records with monthly regard and since the beginning of the year.

Within the Mercedes-Benz model series, sales records were posted in all segments. In the compact car segment, a record was reached not only in November with sales of 42,413 vehicles of the A-, B-, CLA- and GLA-Class (+27.1%), but also since the beginning of the year (417,848 units, +24.0%). The face-lifted B-Class is available at the dealers since November 29.

In the past eleven months, 235,485 E-Class Sedan and Estate models were delivered to customers. Sales of these models increased by 9.7% in comparison to the previous year’s period.

Mercedes-Benz continues its series of success as market leader in the luxury segment: 93,307 sold models of the S-Class Sedan since the beginning of the year mark an 88.6% increase and another sales record. In November, 9,519 customers opted for a new S-Class Sedan (+25.0%) – this marks a sales record as well. At the end of November, the new Mercedes-Maybach S 600 celebrated its world premiere in Guangzhou and Los Angeles. The brand with the star is thus broadening its offering in the exclusive top segment with a new sub-brand: Mercedes-Maybach stands for individual and prestigious exclusivity and appeals primarily to status-conscious customers.

The number of sold SUVs has risen by 5.1% since the beginning of the year. With 309,158 units, this segment also posts a sales record.

In the year of the model change, a total of 79,502 smart vehicles were delivered to customers since January (PY 91,987 units). All interested customers who have been waiting for the new models since the world premiere of the new smart fortwo and the smart forfour in July can experience them live at the dealers since November 22.

The response on the day of the market launch was excellent: In Germany, more than 50,000 visitors came to the dealerships, more than 4,000 test drives were conducted on the spot. Since the beginning of the year, smart reached a sales record in China, the second largest market of the city runabout (+4.2%).

Mercedes-Benz Sales in the Markets