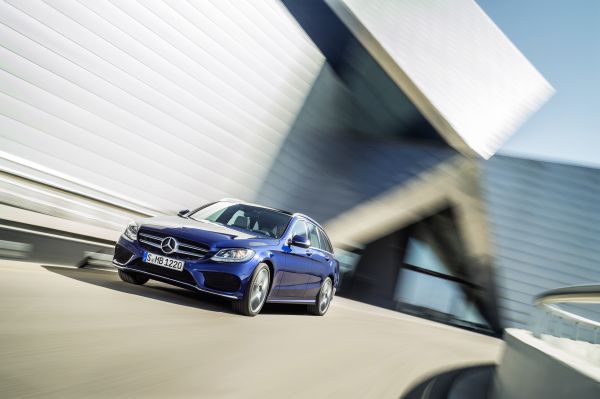 Ola Källenius: “August was a very successful month for the Mercedes-Benz brand. Since beginning of this year we have sold 1,032,410 vehicles, an increase by 12.3%. We therefore continue to be on course to make 2014 another record year.”

August with an increase of 9.7% worldwide with growth across all regions

Mercedes-Benz sold more vehicles last month than in any previous August. With an increase of 9.7%, 118,887 new vehicles were delivered to customers all over the world. Since the beginning of the year, the Stuttgart-based premium manufacturer has grown unit sales to a new record high of 1,032,410 units (+12.3%). Thus, the company has topped the million mark in unit sales one month earlier than in the previous year.

“August was a very successful month for the Mercedes-Benz brand. Since beginning of this year we have sold 1,032,410 vehicles, an increase by 12.3%. We therefore continue to be on course to make 2014 another record year,” said Ola Källenius, Member of the Divisional Board Mercedes-Benz Cars responsible for Marketing & Sales.

“The launch of the new C-Class sedan in China and the US, its largest markets, will add further sales momentum. The new C-Class estate and the S-Class coupe, which we will launch in Europe in mid-September, will also contribute to additional growth.”

In the toughly competitive European market environment, Mercedes-Benz delivered 45,661 vehicles to customers last month (+4.8%). The brand with the star achieved a market share of 9.0% in Germany and is still market leader in the premium segment with 20,057 units sold in August (py 21,376).

Sales in the Asia/Pacific region showed very strong growth: Last month’s sales in that region totaled 37,591 vehicles (+15.8%). In August, 21,398 vehicles were handed over to customers in China (+18.3%), setting a new sales record. Thus, year-to-date sales of vehicles in the Middle Kingdom are unprecedentedly high (+31.5%).

In Japan, the Stuttgart-based brand continued to maintain its position as market leader among the importers and again posted a record month in August with an increase of 13.8%. Sales in South Korea shot up by 60.6% to a new all-time high.

A model of the A-, B-, CLA- and GLA-Class was chosen by a total of 33,012 customers in August. Thus, the company grew the unit sales of its compact vehicles by 29.1%. Last month the compact four-door coupe, the CLA, celebrated an anniversary: since its market launch in Europe in April 2013, Mercedes-Benz has handed over more than 100,000 CLA cars to customers all over the world.

The CLA is posting great successes on its most important single market, the USA. Every fourth vehicle of the model series is driven by an American customer.

The E-Class has been in high demand since the beginning of the year: Worldwide, the sedan and the estate have been sold 172,703 times (+20.8%). The E-Class coupe and convertible have also developed very well (+17.5 %). The two models are thus the best-selling vehicles in their comparative class.

The three biggest markets for the flagship of the brand are China, USA and Germany. End of September, with the S-Class coupe, the company is offering yet another new model in the S-Class segment.

The SUVs of Mercedes-Benz are continuing on their course of success. Since the beginning of the year, sales of SUVs with the star have reached an all-time high at 221,327 units (+7.2%). The G-Class, which is celebrating its 35th anniversary this year, was especially popular in August. The SUV provides the foundation for the SUV family which currently has five model series (GLA, GLK, ML, GL and G-Class).

A smart fortwo was the chosen car of 5,776 customers in August (+1.2%). The compact city runabout is in high demand primarily in big cities. Beginning on September 8, customers can also use 250 smart fortwo cars at car2go for short time rentals in the Frankfurt am Main metropolitan area.

Currently, more than 11,000 car2go smart cars are underway in 26 cities of Europe and North America, including more than 1,250 battery-powered smart fortwo electric drive models. The smart fortwo is close to its model change. The new generation will be launched on November 22, 2014.

Mercedes-Benz Sales in the Markets