Mercedes-Benz kicks off fourth quarter with record sales and 11.5% growth 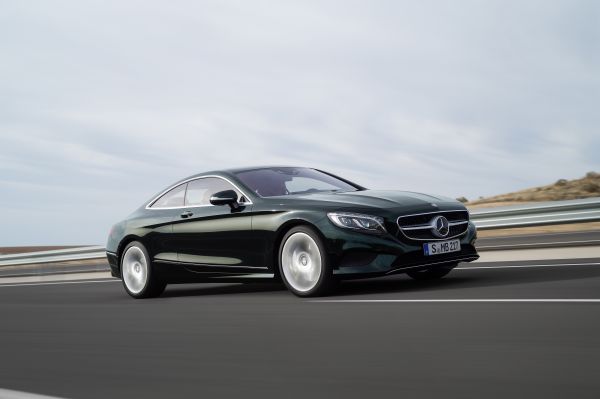 •    Double-digit growth and new sales record of 1,336,097 vehicles since the beginning of the year

•    Ola Källenius: “Already in the first month after the market launch the C-Class estate and the S-Class coupe were extremely popular among our customers.”

“We started the fourth quarter with a sales record in October”, said Ola Källenius, member of the Divisional Board of Management of Mercedes-Benz Cars responsible for Marketing & Sales. “Already in the first month after the market launch the C-Class estate and the S-Class coupe were extremely popular among our customers.”

In the past month, Mercedes-Benz posted particularly strong growth rates in the Asia-Pacific region: In China 23,150 customers picked up their vehicles, 33.4% more than in the previous year’s month – another sales record. In Japan, where Mercedes-Benz continues to lead the market among the importers, the brand also saw a new sales record (+10.6%). In Australia, the company even increased its October sales by 37.8%, thus posting another sales record.

Among the Mercedes-Benz model series, sales of the new compact cars developed very well: From January to October, a total of 375,435 customers chose a model of the A-, B-, CLA- or GLA-Class (+23.7%).

With an increase of almost 40% compared to the previous year’s month the C-Class sedan and estate met with great response among the customers in October.

The models of the E-Class segment are also in high demand: With 285,481 delivered vehicles since the beginning of the year, the brand achieved a new sales record (+9.2%). In October, the long-version of the E-Class, which is sold only in China, was the most popular one (+69.6%).

Mercedes-Benz continues to expand its leading position in the luxury segment with the S-Class. Only in October, 8,397 sedans were handed over to customers (+60.2%). One year after the launch in all core markets, the company has already delivered more than 100,000 units of the new S-Class.

Never before have so many vehicles of the luxury sedan been delivered to customers in the first year of full availability. As the third model in the luxury segment, the S-Class coupe also excites customers: Since the beginning of the year, more than twice as many vehicles of the model have been delivered compared to the same period in the previous year.

The SUVs again posted rising sales numbers: Since the beginning of the year, 278,811 vehicles were sold, as many as never before (+5.6%). In October, the M-Class was chosen by a particularly large number of customers (+13.4%).

“Our new C-Class range, was once again the segment leader with phenomenal sales of 1 789 units, contributing to a total of 11 086 units year-to-date, displaying growth of 8% versus 2013. Our multi-award winning East London manufacturing plant has been extremely busy keeping up with the market demand. Included in the C-Class range is our C 200 auto, a worthy finalist in the prestigious 2014 Car of the Year competition,” adds Govender.

“Our executive sedan, the E-Class range also leads its segment with 177 units finding customers in October and an increase in sales of 29.6% over 2013.

It is pleasing to see that our exciting new compact car range is leading this competitive segment by more than 50% with total sales of 1 031 units of A-Class, CLA and GLA models in the month of October. With these vehicles being more readily available we will continue to see sales increase towards year-end.

Our AMG models are also in huge demand and we are excited to see more performance-oriented, trendy and young-at-heart customers joining the brand,” concludes Govender.