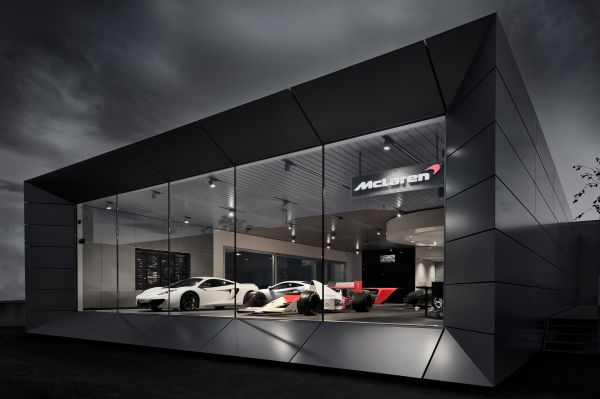 More than 1,600 vehicles delivered, including 248 examples of the McLaren P1™, marking the company’s strongest year-to-date

14 new retailers opened bringing the global network to 68, across 30 markets

McLaren Automotive ended 2014 with record sales as it has done every year since the company began production of luxury supercars in 2010.  A total of 1,648 vehicles were delivered to customers around the world, an increase of 21 per cent over 2013 which was the company’s first year of profitability. In addition another 14 new retail locations were added bringing McLaren’s total global sales network to 68 sites.

Following the international reveal of the 650S in Coupé and Spider form at the Geneva Motor Show where the two models were launched simultaneously, strong demand for McLaren’s core model range saw sales reach 1,400 units including some examples of the outgoing 12C.

In addition, 248 examples of the 916PS petrol-electric McLaren P1™ were delivered to customers – around two thirds of the car’s total 375 unit production run.

Growth was recorded across all four of McLaren’s regional business units.  The Asia-Pacific region saw the biggest rise with sales increasing by 80 per cent over 2013 with 11 new retail locations across the region helping to fuel this growth.

The North American market remained McLaren’s largest market accounting for more than 30 per cent of overall sales, while sales in both Europe and the Middle East grew year-on-year by 10 per cent and nine per cent respectively.

McLaren Automotive continues to invest significantly in research and development for new models. 2015 will see the launch of the McLaren’s most attainable model yet, the new Sports Series which will debut at the New York International Auto Show in April.

At the top of its range, the strictly limited edition track-only McLaren P1™ GTR will also enter production after the final road-going McLaren P1™ has been built.

Commenting on the 2014 year end performance, Mike Flewitt, Chief Executive Officer of McLaren Automotive explained: ‘These latest results highlight that McLaren Automotive continues to push boundaries and set records year-on-year, and are testament to the energy and professionalism of the teams in Woking and around the world, including our retail partners.

The past 12 months have seen the launch of the 650S in both coupé and Spider form, and the first full year of McLaren P1™ production, and sees the third consecutive year of growth for the brand which is a fantastic achievement.

‘Since the opening of the first retailer in June 2011, McLaren has established a world-class network of retailers, with 14 key locations added in 2014, all of which continue to set benchmarks in the industry the world over. Add to this a range of groundbreaking models, shortly to be completed with the launch of the Sports Series later this year, and 2015 looks set to be another strong year for McLaren.’