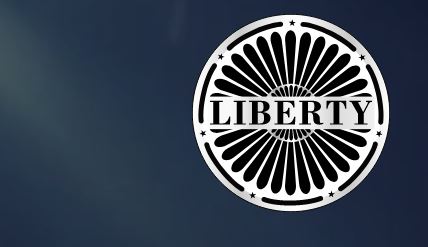 Liberty has also granted to the initial purchasers of the Notes an option to purchase, for settlement within a period of 13 days from, and including, the date the Notes are first issued, up to an additional $50 million principal amount of Notes. The Notes, as well as the associated cash proceeds, will be attributed to the Liberty Formula One tracking stock group.

The Notes will be convertible into cash, shares of Liberty’s Series C Liberty Formula One common stock (“FWONK”) or a combination thereof, at Liberty’s election. Prior to May 15, 2027, the Notes will be convertible at the option of holders only upon satisfaction of certain conditions and during certain periods, and on and after May 15, 2027, at any time until the close of business on the second scheduled trading day immediately preceding the maturity date.

The Notes will mature on August 15, 2027, unless earlier redeemed, repurchased or converted. Interest will be payable semi-annually in arrears on February 15 and August 15 of each year, commencing February 15, 2023. Liberty may redeem for cash all or any portion of the Notes (subject to certain limitations), at its option, on or after August 20, 2025, if the last reported sale price of FWONK has been at least 130% of the conversion price then in effect for at least 20 trading days during any 30 consecutive trading day period (including the last trading day of such period) ending on the trading day immediately preceding the date on which Liberty provides notice of redemption at a redemption price equal to 100% of the principal amount of the Notes to be redeemed, plus accrued and unpaid interest to, but excluding, the redemption date.

The offering is expected to close on August 12, 2022, subject to the satisfaction of customary closing conditions, and is expected to result in approximately $417 million in net proceeds to Liberty after deducting the initial purchasers’ discounts and commissions and estimated offering expenses payable by Liberty (assuming no exercise of the initial purchasers’ option to purchase additional Notes).

Liberty expects to use the net proceeds of the offering to repurchase approximately $209 million aggregate principal amount of its existing 1% cash convertible notes due 2023 (the “1% Convertible Notes”) in one or more individual privately negotiated transactions and for general corporate purposes. In connection with the offer and sale of the Notes and the repurchase of the 1% Convertible Notes, Liberty expects certain financial intermediaries may enter into various derivative transactions with respect to the shares of FWONK concurrently with, or shortly after, the pricing of the Notes.

In addition, in connection with the settlement from time to time of such repurchases of the 1% Convertible Notes, Liberty expects that the financial intermediaries may purchase shares of FWONK. These activities could cause an increase (or reduce the size of any decrease) in the market price of FWONK, which may affect the trading price of the Notes.

The Notes are being offered by means of an offering memorandum solely to “Qualified Institutional Buyers” pursuant to, and as that term is defined in, Rule 144A of the Securities Act. This press release does not constitute an offer to sell or the solicitation of an offer to buy any of these securities nor shall there be any sale of any of these securities in any state in which such offer, solicitation or sale would be unlawful prior to registration or qualification under the securities laws of such state.

This press release includes certain forward-looking statements within the meaning of the Private Securities Litigation Reform Act of 1995, including statements relating to the completion of the offering of Notes, the use of proceeds therefrom (including the repurchase of 1% Convertible Notes) and expected derivative transactions. These forward-looking statements involve many risks and uncertainties that could cause actual results to differ materially from those expressed or implied by such statements, including, without limitation, general market conditions. These forward-looking statements speak only as of the date of this press release, and Liberty expressly disclaims any obligation or undertaking to disseminate any updates or revisions to any forward-looking statement contained herein to reflect any change in Liberty’s expectations with regard thereto or any change in events, conditions or circumstances on which any such statement is based. Please refer to the publicly filed documents of Liberty, including its most recent Annual Report on Form 10-K and Quarterly Reports on Form 10-Q, for additional information about Liberty and about the risks and uncertainties related to Liberty’s business which may affect the statements made in this press release.