Investors wait for news on the lifting of lockdowns 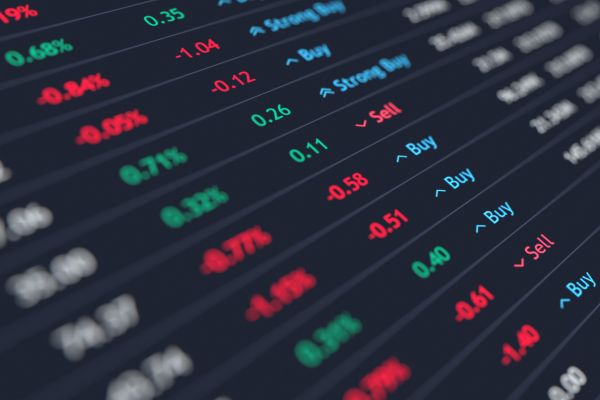 Past the first inflection point in consensus earnings estimates

Across the globe, consensus earnings forecasts for 2020 have fallen by an extraordinary 19% in just a single month to mid-April. There is no debate now about the potential significance of the disruption caused by the public health control measures implemented to slow the spread of COVID-19.

We note however the peak of the downgrades on a global basis was during mid-March and while estimates are still falling, the bulk of the adjustment due to the initial impact of COVID-19 is now behind us. Key to any sustained improvement in sentiment will be incoming news on the lifting of lockdowns during this quarter, in addition to continued reductions in daily infection rates.

Last week we suggested a modestly overweight position was appropriate in equities. Given the rapidity of the rebound since then, the list of notably oversold shares has shortened and we would not chase the market now as significant uncertainty remains in respect of the duration of the impact of COVID-19. We return our global equity view to neutral.

In mid-February, we observed that consensus earnings forecasts appeared to show near-total complacency amongst analysts in terms of the risks of COVID-19 becoming a pandemic. In the intervening 2-month period, forecasts have been downgraded by the most since the 2008 global financial crisis. Continental European earnings have been downgraded an expected 15% profits decline in 2020, compared to earlier expectations for a 6% rise.

We would caution against reading too much into projected EPS growth at this stage however, and nor should forward P/E valuations be over-emphasised. Consensus forecasts are not designed to capture exceptional losses or non-recurring items. It is likely in our view that the reported figures for 2020 will be worse than currently indicated, once the full impact of COVID-19 has progressed through company income statements and balance sheets.

However, it is the rate of change of consensus forecasts which gives more information for the short-term market direction. The surge in cuts to analysts’ forecasts appears to have peaked around the 20th of March, at which point global forecasts were being cut by close to 5% per week. Now, the rate of decline has moderated to 1% per week, albeit still a very large figure by normal standards. This has corresponded well to the timing of the rebound in financial markets over the same period.

We view the first wave of the impact of COVID-19 has now passed through global markets and volatility in particular should start to diminish as the biggest uncertainties – such as whether or not countries would implement lockdowns – have been resolved. While the timing of the release of lockdowns remains uncertain (and several weeks longer than we previously thought on 6th April), this risk is not of the same magnitude as the decision to shut the economy to implement a quarantine.

Nevertheless, if earnings forecasts are to stabilise close to current levels, investors and analysts will need to see substantial progress towards a return to economic normality during Q2, or a second wave of downgrades will become increasingly likely.

In terms of our strategic views, we have progressively shifted from a cautious position on equity markets in January to neutral in the second half of March and then modestly overweight in early April. The market rebound since the lows of March has been very significant however, with US markets rising by close to 30% since then – and by 10% since our overweight move only last week.

With global equity and credit markets now showing a substantial recovery from the lows we shift back to a neutral position on global markets. Current valuation levels remain significantly lower than cycle averages but this is balanced by still-outstanding uncertainty in respect of the duration of lockdowns and the speed of recovery of private sector demand once lockdowns are eased.