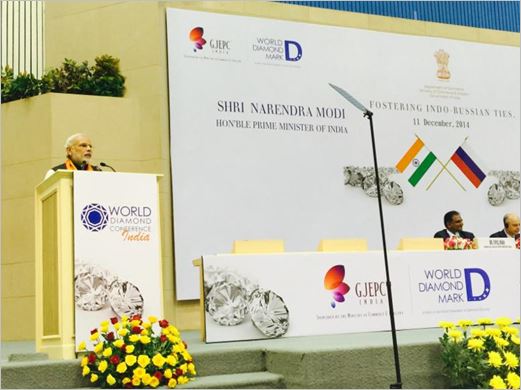 Narendra Modi, Prime Minister of India, and Russia’s president Vladimir Putin addressed the inaugural session of the World Diamond Conference in India (WDCI) in Delhi, India. Both statesmen emphasized the importance of the diamond industry and trade to their respective countries, with Mr. Modi urging the Russian president to boost direct rough diamond supplies to the Indian diamond industry.

The two statesmen addressed an audience of some 800 at the Vigyan Bhawan conference centre. In his address, Prime Minister Modi complimented the World Diamond Mark Foundation (WDMF) for its efforts in generic diamond promotion and urged the industry to adopt its initiatives.

“Of course, the presence of the leaders of two of the world’s largest and most important nations was an absolute highlight and a mesmerizing experience,” said Alex Popov, WDMF chairman. “Mr Modi is highly knowledgeable and extremely well introduced into the intricacies of the Indian and the international diamond industry and trade. 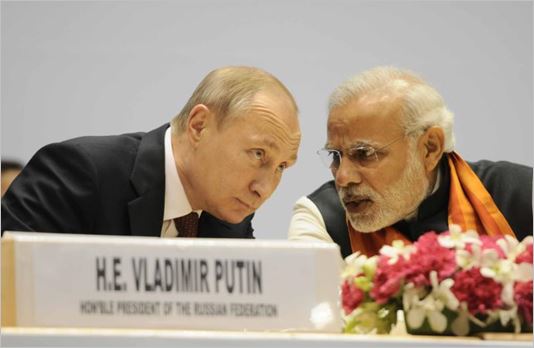 For him to recognize the World Diamond Mark and the World Federation of Diamond Bourses for their efforts toward generic promotion of diamonds is an important endorsement and we feel very much encouraged by it,” Popov stated.

The first day’s conference schedule was changed and adapted at the last minute to be in sync with the arrival of the two statesmen. As a result the key elements of the WDCI’s program, generic promotion and marketing and an industry financing panel, were moved to the second day – December 12 – of the conference.