In 2014 UNIWHEELS continued to improve its financial results 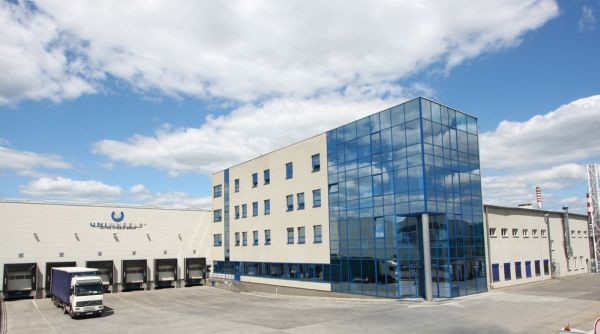 •  Increase in all significant margins

Germany-based alloy wheels manufacturer UNIWHEELS presented its financial results for the financial year 2014. In 2014 UNIWHEELS Group sold 7.2 million wheels (an increase of 5.8% over the previous year).

The sales of wheels increased substantially both in the automotive industry segment, with supply of alloy wheels to the premium European automotive manufacturers, and in the accessory market segment with sales of wheels under own brands to worldwide dealers.

In 2014, the Group delivered approx. 5.8 million wheels to the OEM (Original Equipment Manufacturer) customers – renowned car manufacturers like Audi, BMW/MINI, Mercedes/AMG, Jaguar/Land Rover, PSA, Volvo and others and approx. 1.4 million of wheels to the aftermarket customers under the well-known own brands ATS, RIAL, ALUTEC and ANZIO.

Thus, we have continuously improved our strong position in the automotive market as a long standing technology and development partner of all major European premium car manufacturers”. – says Ralf Schmid, UNIWHEELS AG CEO.

“Positive trends in our sales continued in first months of 2015 – in January and February we sold 1.22 million wheels already, a 7.0% increase in sales compared to first two months of 2014 and we also feel comfortable with our current filled order pipeline for 2015” – he adds.

With stringent cost management, we also achieved significant improvements on the cost side, which are reflected in EBITDA and net income increase. It is worth mentioning that EBITDA has doubled over the two years period – from EUR 23 million in 2012 to EUR 46.8 million last year. Also in 2014 we reported the highest level of net profit in the Group’s history amounting to EUR 22.8 million” – stresses Dr. Obenaus.

“Thanks to sound financial management, the Net Debt-to-EBITDA improved to the factor of 1.9x in 2014, confirming the solid financial position of the company. Based on these factors, we plan further growth and are optimistic about the Group’s development in the current financial year”– adds Dr. Obenaus.

In 2014, the company increased investments as initially planned. Capital expenditures and investments almost doubled in comparison to 2013 and amounted to EUR 13.7 million. The main part of this expenditure involved development and productivity improvement measures in the production area in Polish and German factories.

As the investment process continues, UNIWHEELS AG recently announced its plans of further raising production in Poland by building a third factory there. This will expectedly from mid- 2016 gradually increase the capacity of the Polish factories by up to 2 million wheels. The availability of the full capacity is expected in 2018.

“We expect further growth and a positive development in 2015. The high levels of sales achieved in 2014 and in the first months of this year are the confirmation of our strong position in the European automotive market.

Based on the forecasts for the light vehicle production for the years 2014-2018 and the estimated growth of the market volume for OEM wheels, we expect to be able to further increase our output of wheels in 2015 compared to 2014. This is another reason why the upcoming implementation of the new capacity expansion in Stalowa Wola is a strong basis for the planned growth of the UNIWHEELS Group” – says Ralf Schmid.

With the global brands of ATS, RIAL, ALUTEC and ANZIO, UNIWHEELS possesses comprehensive knowledge in the accessories market and technical expertise as an original equipment manufacturer in the automotive industry. Furthermore, with its wide range of brands, the UNIWHEELS Group offers wheels for all target groups, from premium to economy.

Highly efficient production locations in Poland and Germany, as well as the pooled technological expertise of the group, form a secure base for further development of the brands and growth of the UNIWHEELS Group associated with this.

Two UNIWHEELS factories based in Stalowa Wola are responsible for approx. 83% of total Group production. In 2014 over 6 million wheels were sold from Poland-based factories. UNIWHEELS employs over 1800 employees in Poland. The Group´s German plant in Werdohl has approx. 370 employees and had an output of approx. 1.2 million high-end wheels sold in 2014.