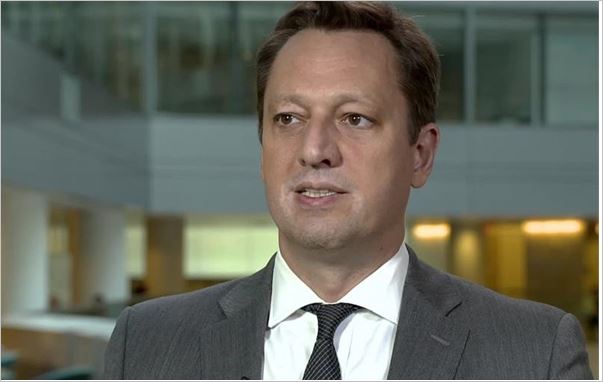 Banks and capital markets continue to grow healthier a decade after the global financial crisis struck, but regulators and executives must not become complacent the IMF announced in the Global Financial Stability Report released Wednesday.

“We see an upswing in global economic activity and capital is flowing to emerging markets and core global banks are more resilient.

But confidence should not become complacency. This edition of the Global Financial Stability Report cautions that financial vulnerabilities are building,” said Tobias Adrian IMF Director of the Monetary and Capital Markets Department Wednesday in Washington

“We see four vulnerabilities. One – the search for yield may have gone too far. There is simply too much money chasing too few yielding assets. Two – debt levels are increasing in major economies as interest rates remain low.

Three – in China the size, pace, complexity of credit espansion poses risks. And Four – A third of global banks with $17 trillion in assets struggle to retain profitability,” said Adrian.

“These vulnerabilities can put growth at risk,” he added.

This edition of the Global Financial Stability Report cautions that while the waters seem calm, financial vulnerabilities are building under the surface.

“We at the Fund call on policy makers to combat complacency and keep the financial system safe,” said Adrian.

The IMF is calling on policymakers to keep the financial system safe.

“One, by using macroprudential policies to control the build-up of debt and market vulnerabilities. Two, by focusing supervision and regulation on bank business models. Three, by preserving the core tenets of the new regulatory regime devised and developed after the global financial crisis. This will help reduce risks and sustain growth.”

A full copy of the report can be found at IMF.org.