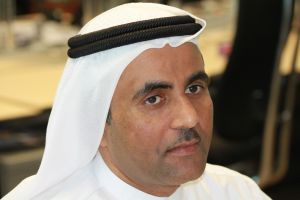 Some of the world’s foremost economic experts gathered in Dubai today (Friday) to discuss the lessons that were learnt in the Middle East by the global economic crisis and to examine the economic integration in the region.

Organised by the UAE Financial Markets Association in collaboration with the International Cambist Association and strategic partner Dubai International Financial Centre, the 9th edition of the ICA Conference will examine how the financial crash in 2007 elicited the most robust and unconventional monetary policy response by central banks around the world and analyse the uncertainty today of normalising the monetary stance.

The two-day conference, held at the JW Marriott Marquis Hotel, was officially opened by Abdullah Al Ahmedi, Chairman of the ICA, who addressed delegates before welcoming the first panel discussion.

‘The Global Economic System Emerges from the Crisis: Plus Ça Change’ addressed the calls for replacing the US dollar as the global reserve currency and questioned if tighter regulation in the financial sphere would significantly curtail growth.

Rickards, author of The New York Times bestsellers “Currency Wars: The Making of the Next Global Crisis,” and “The Death of Money: The Coming Collapse of the International Monetary System,” joins an impressive line-up of world renowned economists and financial experts appearing at the ICA Conference.

The opening day’s afternoon session, ‘How has the Global Crisis Changed Investment Behaviour?’, was moderated by Andrew J. Barden, Bloomberg’s Managing Editor for International Government in Europe and the Middle East, which tackled emerging market rallies which have been further fuelled by the impression of decoupling, while political risk has led to a loss of momentum.

Chris Skinner, Chairman of the Financial Services Club and Shah Gilani, Editor of Money Morning and The Money Map Report, outlined the foundations underpinning asset prices around the world, and the technological innovation and regulatory reform that has influenced the behavior of investors and intermediaries.

On Saturday 8 November, the main topics under examination are ‘How to Seize the Opportunities of Economic Integration in the Middle East’, and ‘How Far Have Islamic Capital Markets Matured?’, the latter of which will feature Greg Rung, Partner at Oliver Wyman, Michael P. Grifferty, President of the Gulf Bond and Sukuk Association, and Ali Flissi, Executive Director of Global Market Cross Assets Structuring and Product Development at Credit Agricole CIB.