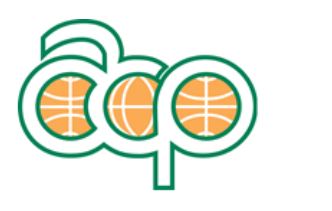 The EU and the Organization of African, Caribbean and Pacific States (OACPS), formerly named the ACP Group of States, resumed today talks at the highest political level, a first since the start of the coronavirus pandemic, with the objective to advance talks towards the finishing line on the new ‘Post Cotonou’ agreement.

The meeting has provided an important opportunity for the chief negotiators, Commissioner for International Partnerships, Jutta Urpilainen, and for the OACPS Professor Robert Dussey to build on the work, which has continued at technical level over the past weeks.

Welcoming this step forward in the negotiation talks, Commissioner for International Partnerships and chief EU negotiator, Jutta Urpilainen, said today: “The ongoing negotiations with OACPS countries remain a priority. Despite the disruption caused by the coronavirus pandemic, the negotiations are progressing in the same cordial spirit that has guided our talks until now. I am pleased to see that we are getting closer and closer to the finishing line.”

Professor Robert Dussey, Togo’s Minister of Foreign Affairs, African Integration and Togolese Abroad, the OACPS’ Chief Negotiator and Chair of the Ministerial Central Negotiating Group, said: “The negotiations for renewed and revamped relations with our European partners have moved forward satisfactorily, despite COVID-19, thanks to modern technology.

I am happy to say that the Members of the OACPS remain committed and are on course to conclude a partnership agreement that will also take into account the unprecedented challenges that now confront us at national, regional and global levels due to COVID-19.”

In the coming weeks the EU and OACPS negotiating teams will step up their efforts with the aim of reaching an agreement as soon as possible. Negotiations will continue virtually.

The Cotonou Agreement, which governs relations between the EU and OACPS countries, was initially scheduled to expire on 29 February 2020. As negotiations on a new OACPS-EU Partnership are still ongoing, parties have decided to extend the Cotonou Agreement until 31 December 2020.

The negotiations were launched in September 2018in the margins of the United Nations General Assembly in New York.

Talks cover a “common foundation”, which sets out the values and principles that bring the EU and OACPS countries together and indicates the strategic priority areas that both sides intend to work on together.

The future agreement is also due to include specific, action-oriented regional partnerships focusing on each region’s needs. To this end, consultations on the regional priorities were concluded in spring 2019.

The future OACPS-EU Partnership will serve to further cement the close political ties between the EU and OACPS countries on the world stage. Together, the OACPS countries and the EU represent over 1.5 billion people and more than half of the contracting parties of the United Nations.