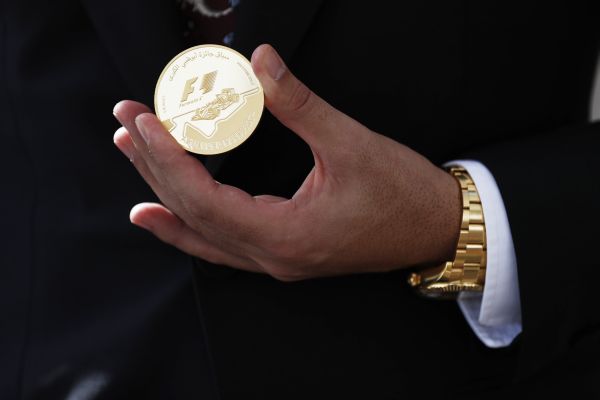 Leading precious metal asset firm, Rosland Capital, have chosen the occasion of the final Formula 1® race of the 2016 season to introduce the most stunning addition to the Officially Licensed Formula 1® Coin Collection to date: a spectacular 5kg Formula 1 Gold Coin.

Rosland Capital is appointed as the exclusive distributor of the Officially Licensed Formula 1® Coin Collection by the UK based license holder; Stunt & Co Ltd

The limited edition 5kg gold coin – the only one of its kind in the world – has been given a special Abu Dhabi Grand Prix™ design to celebrate one of the most glamorous and exotic races on the Formula 1® calendar, which this year will also stage the culmination of the epic battle for the 2016 Formula 1 driver’s title between Lewis Hamilton and Nico Rosberg of the MERCEDES AMG PETRONAS F1 Team.

With a diameter of 200mm and a depth of 8.8mm, the 5kg F1 gold coin is a truly magnificent piece of craftsmanship, featuring the iconic F1® logo and 2016 Formula 1 Abu Dhabi Grand Prix event title – in both English and Arabic – alongside a beautifully crafted example of a 2016 Formula 1® car, while the obverse side of the coin features Ian Rank-Broadley’s portrait of Queen Elizabeth II together with the legal tender value of the coin. 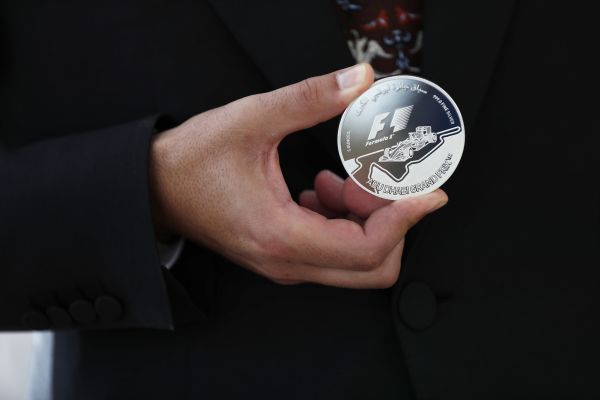 In addition, Rosland also introduced the all new 5-ounce Abu Dhabi Grand Prix™ gold and silver coins to its growing collection. Mirroring the design of the 5kg coin, both coins are on display to the public for the very first time this weekend in Abu Dhabi.

Finally, guests in the Formula 1 Paddock Club will also be treated to one final addition to the growing F1 Coin Collection in the form of a bespoke one-quarter ounce special edition Abu Dhabi Grand Prix gold coin that takes its place alongside the previously unveiled British, Italian and U.S. Grand Prix one-quarter ounce gold coins. These limited edition coins (of which only 5000 of each are available) will be

on show alongside the 5kg Gold Coin as well as the 5-ounce Gold and Silver coins to Formula 1® VIPs in the Formula One Paddock Club™ all weekend.

Celebrating the rich history and status of the world’s most exciting and glamorous sporting series, the coins come in a variety of high-end designs and collectible packaging, marking them out as timeless collectors’ items for any true Formula 1® fan. 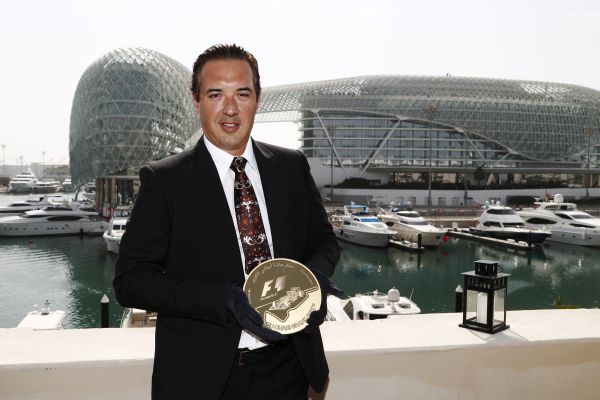 Marin Aleksov, spoke earlier of his delight at introducing the 5kg F1 Gold Coin to the world here in Abu Dhabi: “We are thrilled to bring the biggest and best addition to the Officially Licensed Formula 1 Gold Coin Collection to one of the most glamourous and exciting race weekends of the year.

We knew we had to deliver something special to the Paddock Club here in Abu Dhabi and our glorious 5kg Gold Coin certainly delivers on that front. It is literally one-of-a-kind and quite simply spectacular.

Furthermore, our new 5-ounce Gold and Silver Coins are a welcome addition to our portfolio while we are also delighted to add the special edition one-quarter ounce Abu Dhabi Grand Prix gold coin to our growing collection of bespoke F1 race weekend coins.

The reception we have received from the F1 community to the coin collection this year has been overwhelming in its positivity. We are proud to be associated with Formula 1 and it’s a real thrill to end our first year in the sport on a high here at the Yas Marina Circuit.”

Created in association with the global license-holders, UK-based Stunt & Co. Ltd., the limited edition, legal tender proof coin collection will only be available from Rosland Capital Group in the United States and United Kingdom.