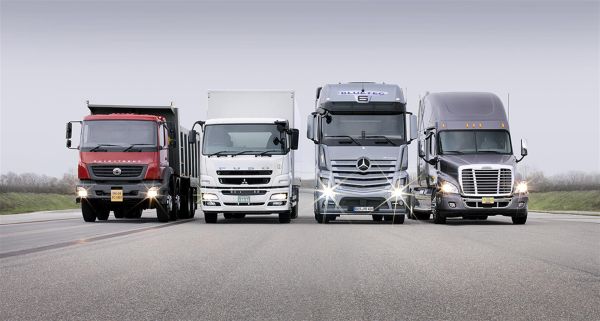 Efforts in all regions offset for partly challenging market conditions

Dr. Wolfgang Bernhard: “Our intense efforts in all regions are paying dividends. Despite many economic challenges in some key markets, we can look back on 12 successful months.”

Daimler Trucks will nearly sell 500,000 trucks in 2014. Despite partly difficult market conditions, the world’s leading manufacturer of commercial vehicles succeeded in increasing deliveries to 445,300 units in the first eleven months of 2014, an increase by three percent over the same period last year.

“Our intense efforts in all regions are paying dividends. Despite many economic challenges in some key markets, we can look back on 12 successful months. With almost 500,000 trucks sold we are already coming very close to our target envisaged for 2015,” said Dr. Wolfgang Bernhard, Member of the Board of Management of Daimler AG responsible for Daimler Trucks & Buses.

For commercial vehicles, 2014 was dominated by developments that varied widely by regions. Weak economic prospects but also political uncertainties put a strain on the market development in Latin America.

In Europe, sales were impacted by the lack of dynamic economic development in addition to the introduction of the new Euro VI emissions standards and the difficult political situation in Eastern Europe. The situation is very different in North America and Japan: In these markets Daimler benefited from the strong overall local business environment for commercial vehicles.

“We scored points with our strong products. With a strong sales team and vehicles perfectly tailored to the particular customer needs we managed to increase our market positions in many key regions,” said Bernhard.

One major reason for the high market acceptance for trucks from Daimler is the extremely competitive total cost of ownership (TCO) of the vehicles, which is the most important argument for buyers of trucks as a capital good. Enhanced efficiency for the good of the customer is paramount in all regions, for all brands and for all vehicle models.

This is especially true for the Actros certified to Euro VI standards in Europe, for the current NAFTA bestseller, the Freightliner Cascadia Evolution, and for the FUSO Super Great V in Japan. All three models are pioneers in terms of fuel efficiency.

About the prospects for the coming year Bernhard said:

“With our global presence, our technological leadership and our intelligent platform strategy we are well prepared to react swiftly and appropriately to unpredictabilities in the economic environment.

That is why we at Daimler Trucks will continue to work steadily on further expanding our position as the world’s leading truck manufacturer in 2015.”

Sales in the first eleven months climbed to a record 147,200 vehicles (previous year: 124,000 vehicles). This corresponds to an increase by 19 percent over the same period last year. In October, DTNA had the highest monthly order intake ever recorded by a manufacturer in the US truck business with about 31,300 orders received.

Among others, strong momentum for order intake was provided by the Freightliner Cascadia Evolution, which impresses with the lowest fuel consumption in its segment and thus with a highly competitive total cost of ownership. 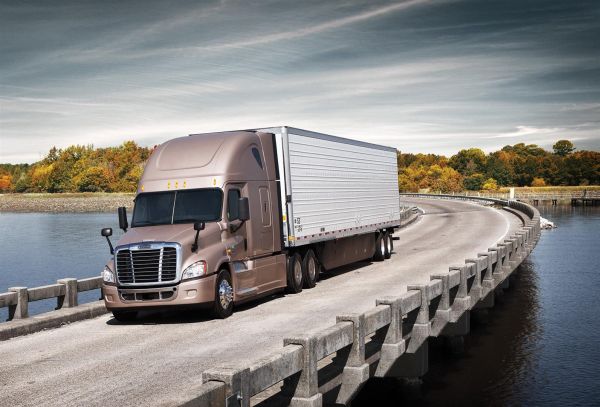 Customers in North America increasingly value the advantage of an integrated powertrain from a single source like the one found in the Cascadia Evolution: the engine, axles and transmission all come from Daimler Trucks. The components are perfectly synchronized to each other and consequently increase fuel efficiency.

Sales in Asia developed positively overall in the past year. In Japan, sales in the first eleven months increased by 16 percent to 39,900 units (previous year: 34,400 units). In the total Japanese market, Daimler Trucks was thus able to defend its position with the FUSO brand and reached a market share of 20.3 (previous year: 20.2) percent.

Deliveries of the new FUSO Super Great V heavy-duty truck started in September. Thanks to its optimized major components, it offers even further reduced fuel consumption. As a result, all models of the Super Great V already outperform the fuel efficiency standards (FES) going into effect in Japan in 2015 by up to five percent.

In Indonesia, sales dropped to 51,400 (previous year: 57,400) units due to the strong downturn in the market compared with the same period last year. Nevertheless, Daimler Trucks increased its market share to 47.2 (previous year: 46.7) percent. In the course of the product initiative, FUSO launched the new FI and FJ model series (MDT, HDT) in Indonesia.

These vehicles are manufactured in India by the wholly owned Daimler subsidiary Daimler India Commercial Vehicles Pvt. Ltd. (DICV) as part of the group’s Asia Business model. In December, DICV had reason to celebrate an important production milestone: The 20,000th locally produced truck of the BharatBenz and FUSO brands rolled off the assembly line in Chennai (Southwestern India).

In India, five more models of the BharatBenz brand were launched over the course of the year. Sales in the first eleven months climbed by 61 percent to 9,700 (previous year: 6,000) units. The new, attractive product range of the young BharatBenz brand is now sold by a network of around 80 dealerships.

The expansion of the sales network continues as planned. At the same time, the acceptance of the brand among Indian customers keeps growing: less than two years after the start of deliveries, BharatBenz has conquered third place in the market for heavy-duty trucks.

The fact that the Mercedes-Benz products are excellently received is evident in the market share in the medium-duty and heavy-duty segment in Western Europe: Mercedes-Benz succeeded in slightly increasing its market share to 24.6 (previous year: 24.2) percent in a difficult market environment.

Sales in the first eleven months totaled 50,500 units, thus remaining below the previous year’s level (previous year: 56,800 vehicles). In addition to early purchases due to the introduction of Euro VI emission standards, this was also caused by the overall difficult economic development.

In Germany, sales likewise decreased to 25,500 (previous year: 28,200) units as the result of the market climate. With a market share of 40.0 (previous year: 40.4) percent the company retained its leading position in the domestic market.

In Turkey, sales climbed to an eleven-month record level of 18,900 (previous year: 17,100) units. The market share slightly dropped to 48.9 (previous year: 49,7) percent. The local Mercedes-Benz manufacturing plant in Aksaray was able to celebrate a special anniversary a few weeks ago: the 200,000th Mercedes-Benz truck made in Turkey rolled of its assembly lines. 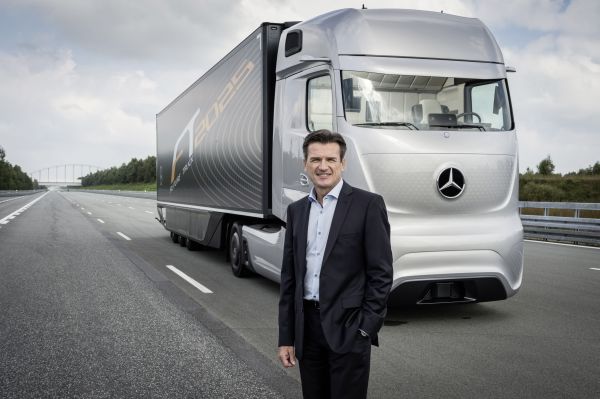 In Latin America, sales dropped considerably due to a lack of dynamic economic development. The key market Brazil was rather strongly impacted: sales in Brazil decreased to 31,300 (previous year: 37,300) units.

Uncertainty prior to the elections in October, weak economic development and uncertainty about the coming structure of government financial incentives resulted in hesitant buying behavior. Nonetheless, Daimler Trucks succeeded in significantly expanding its market share to 26.0 (previous year: 24.4) percent in this difficult market environment.

To remain competitive in this market of strategic importance and be able to react flexibly to changes in the market, Daimler Trucks will invest well over 500 million euros in the production facilities, products and locations around Sugarloaf Mountain through 2018.

In China, Daimler Trucks is well on its way to sell roughly as many trucks of the Auman brand as in 2013 (previous year: 103,000) in a slightly declining total market. The first eleven months of this year saw sales of 89,800 Auman trucks (previous year: 94,000).

These vehicles are manufactured by the Beijing Foton Daimler Automotive Co. Ltd. (BFDA) joint venture, in which Daimler and its Chinese partner Foton each hold 50 percent of the shares.

The highlight of 2014 at Daimler Trucks was the Mercedes-Benz Future Truck 2025. The autonomously driving truck was presented at the 65th International Motor Show for Commercial Vehicles in Hanover in September. The Future Truck 2025 protects resources, reduces all types of emissions, guarantees maximum traffic safety and increases connectivity in road traffic.

Radar sensors and camera technology make it possible for the Future Truck 2025 to drive autonomously independent from other vehicles or control centers. Mercedes-Benz combines this technology within the highly intelligent “Highway Pilot” system, a system similar to an autopilot in an aircraft.

“The Mercedes-Benz Future Truck 2025 epitomizes efficiency, safety and connectivity like no other truck. Consequently, it provides relevant answers to the future challenges in road freight transport. That is why I am convinced that this technology will open up new business prospects for Daimler Trucks in the future,” said Bernhard.