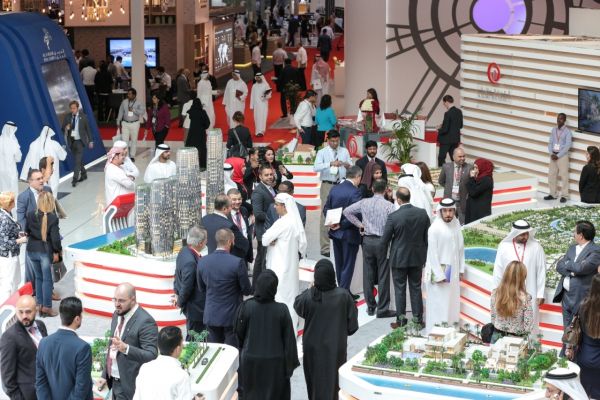 The exhibition, held under the patronage of His Highness Sheikh Mohamed bin Zayed Al Nahyan, Crown Prince of Abu Dhabi and Deputy Supreme Commander of the UAE Armed Forces, took place from 12-14 April at the Abu Dhabi National Exhibition Centre.

Carlo Schembri, Exhibition Manager at Informa Middle East, is confident that the increased footfall and impressive sales reported by developers made the 10th edition of the exhibition a major success.

“Despite slowing economic growth in the wake of low oil prices throughout 2015, Cityscape Abu Dhabi’s visitor numbers were up compared to the previous year,” he said.

“This year, we hosted more than 300 delegates at our conference and we welcomed 15,023 visitors at the exhibition.”

Visitors included property market experts, interior designers, architects, financial and real estate consultants as well as confident buyers who flocked to the stands of local, regional and international developers offering a range of projects on sale.

“I come to Cityscape Abu Dhabi to see new projects in and out of the country, see the prices, and get information about the market – whether it’s going up or down,” said Khalid Abu Houf, Senior Property Consultant from Abu Dhabi and the show’s returning visitor.

“I come here every year and this time it feels there are more projects on show, like Yas Acres from Aldar, or Bloom Gardens’ phase four.”

Developers such as Eagle Hills, Mubadala Real Estate and Infrastructure, and Golden Season Property Management all showcased their latest projects to investors directly on the exhibition floor and reported a large number of purchases, underlining a consumer confidence in real estate investment both within the UAE and abroad.

Brett Gregory-Peake, CEO of Royal Park Mauritius said: “We’ve seen a 50% increase in interest this year on our projects coming from the UAE and we have great hopes for more in the coming years.

Cityscape Abu Dhabi has provided a great platform to connect with our audience.

“We see people investing with us for a variety of different reasons. For some, it’s about access to lifestyle, access to facilities. For others, it’s purely for safety reasons and maintaining capital.”

Schembri added: “The sentiment was extremely positive and it manifested through an impressive number of launches and purchases made.

Bloom Holding was just one example of the numerous success stories, selling 70% of their new project Faya half-way through the show and reporting that sales continued to increase to 90% in the two weeks following the exhibition.”