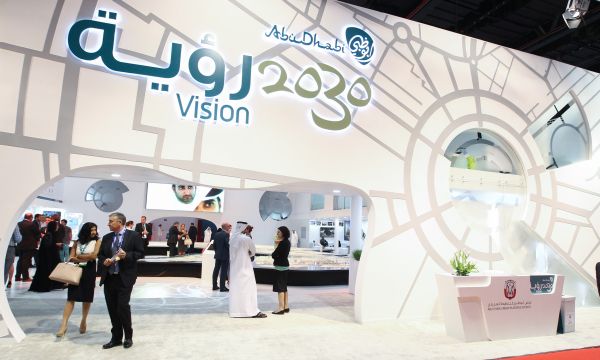 photo caption:   Cityscape Abu Dhabi has been the launch pad for landmark projects such as TDIC’s Saadiyat Island, making the UAE capital a world-class city

Property experts, government authorities and real estate developers from the Middle East are reflecting on the last decade of development in the UAE capital as Cityscape Abu Dhabi marks its tenth anniversary edition next month.

For the past decade Cityscape Abu Dhabi has gathered industry experts, developers, investors and government officials that have contributed to the development of the city’s infrastructure, regulatory environment, and triggered real estate investment in the UAE capital, paving the way for the its ‘Vision 2030.’

Carlo Schembri, Exhibition Manager of Cityscape Abu Dhabi at Informa Exhibitions, the organisers of the event taking place at the Abu Dhabi National Exhibition Centre from 12-14 April said: “Over the past 10 years we have witnessed some incredible project launches at Cityscape Abu Dhabi, such as Saadiyat Island, Al Maryah Island, and Reem Island, to name just a few.

“All of them have contributed a great deal to the success of the emirate and I’m confident that despite recent fluctuations in oil prices, we will continue to see ambitious and successful developments unfolding in the capital in the years to come.”

Talal Al Dhiyebi, Chief Development Officer at Aldar Properties, sees Cityscape Abu Dhabi as a prominent forum that provides an opportunity to engage with those at the core of the Aldar business strategy.

He said: “As the leading real estate lifestyle developer in Abu Dhabi, Cityscape Abu Dhabi provides Aldar with an excellent platform to reach a broad audience of real estate investors from local, regional and international markets. In fact, Aldar will be launching a major development during this year’s Cityscape in Abu Dhabi’s most exciting destination – Yas Island.

“We have witnessed many major developments in the capital since 2006, and in many ways we have been a part of that growth, shaping the urban fabric of Abu Dhabi with a great number of exemplary projects, many of which people are able to call home.”

Reem Developers, a subsidiary of Reem Investments, has been a long-standing exhibitor at Cityscape Abu Dhabi and has contributed to diversifying Abu Dhabi’s economy through developing wholesome communities providing residential and commercial spaces as well as healthcare, education, hospitality and recreational projects.

Mr. Saeed Al Yabhouni, Vice President of Strategic Development of Reem Investments, said: “Cityscape Abu Dhabi is a key industry platform that enables us to showcase Reem’s flagship master developments, Rawdhat on Abu Dhabi island and Najmat on the iconic Reem Island.  Over the years, it has provided the opportunity to reach out to diverse stakeholders and to underline our competencies as one of the capital’s key property developers.”

According to Al Yabhouni, the future for further development of the emirate looks promising as the real estate sector is maturing and has displayed the ability to adapt to different market situations. “Reem Developers is progressing with the development of its master planned communities Najmat and Rawdhat to further contribute to the future of Abu Dhabi’s real estate market.”

One of the most prominent projects being showcased at the exhibition is The Tourism Development and Investment Company’s (TDIC) Saadiyat Island, an ongoing development aimed at establishing a cultural centre in Abu Dhabi with Manarat Al Saadiyat and the UAE Pavilion among the completed projects within the district.

Together with the ambitious Louvre project, set to open at the end of 2016, as well as Zayed National Museum and Guggenheim Abu Dhabi that are already under construction, these developments will contribute to the emirate’s success and its reputation as a UAE cultural advocate.