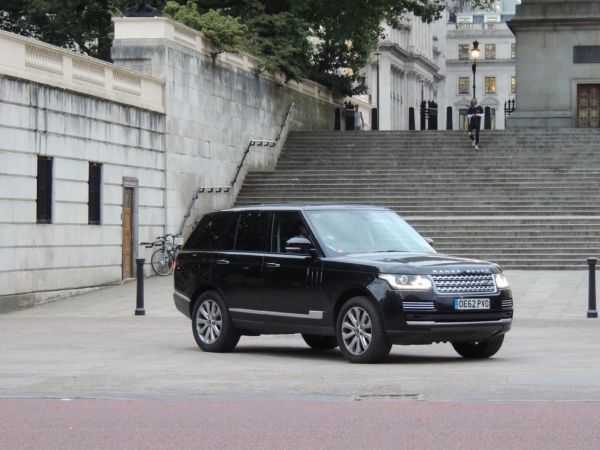 A top of the range 4×4 used by Prince William to transport his son George home from hospital following his birth three years ago is being auctioned for the charities Sun Screen IT and Stand Down.

The auction is taking place online through CharityStars.com, which is dedicated entirely to auctioning exclusive lots in a bid to raise money for charities.

CharityStars.com has been brought in to ensure the car reaches the highest price possible for the two charities.

It comes after their auction for the shirt that Andy Murray wore when he won the 2016 Wimbledon final reached an incredible £10,000 for Malaria No More UK.

The stunning Range Rover Vogue SE, which was Prince William and Catherine’s personal vehicle, is expected to sell for at least £150,000 – nearly double its reserve price.

CharityStars.com MD Robert Robinson said: “We are delighted to be hosting this auction and hope to take it to the next level in digital fundraising by raising a phenomenal amount of money for two incredible charities.

Here at CharityStars.com we have now raised over £2.5 million net for a wide variety of charities and we look forward to seeing that grow and grow.

The vehicle was originally supplied to The Duke and Duchess of Cambridge via Land Rover’s VIP Department, fitted with many additional features, and used by the Royal Household.

The sought after car is the one that the eyes of the world watched as William and Catherine carried their first born son and heir to the throne, His Royal Highness Prince George Alexander Louis of Cambridge home from hospital for the first time.

Proceeds from the CharityStars.com auction will go to Sun Screen IT, which donates IT equipment for schools, hospitals and orphanages in developing nations; and Stand Down, a Military Mental Health Charity, which provides online counselling and support to the Armed Forces Community.

Sun Screen IT Founder Nathaniel Comer said: “I am delighted to be working with CharityStars as they have such a well established global platform with which we can reach our maximum potential for the sale and raise the most we can for our IT deployments to schools which really need our help.”

Please visit www.charitystars.com/royalrangerover to bid on the Royal Range Rover.

CharityStars.com was founded in 2013 with a passion and aim to change the non-profit sector and continue its mission to help charities raise money. Since launching, more than 1000 global celebrities and brands have chosen to work with CharityStars.com including Andy Murray, Lionel Messi, Jessie J, Joss Stone, David Coulthard and Sir Bobby Charlton, plus over 400 non-for-profit organisations, such as Save the Children and Oxfam. Last year Berkeley University named the company as one of the most “impacting Social Enterprises globally”.

The car is available for viewings by appointment in prestigious showrooms in central London.