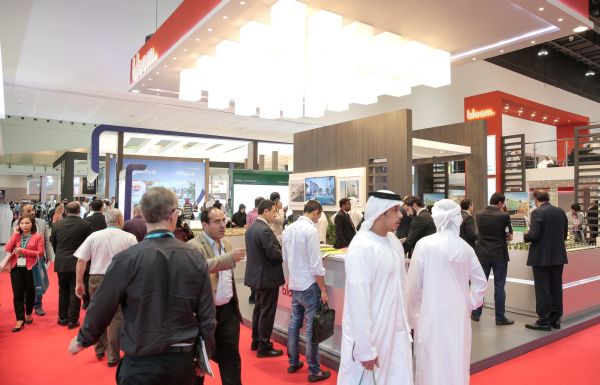 Dubai, UAE, 26 May 2015: The real estate sector in the Middle East looks to be full of optimism following the largest and most successful edition of Cityscape Abu Dhabi in recent years, where increased numbers of visitors and exhibitors reflect sustainable growth.

Welcoming almost 1,000 more attendees to the Abu Dhabi National Exhibition Centre this year, the global presence was felt on the show floor, with the number of international exhibitors increasing significantly.

In line with continued investor confidence in the real estate market, the ninth edition of the UAE capital’s largest property show saw 81% of Abu Dhabi based developers launch new projects, while 64% of exhibitors showcased existing projects.

New this year, exhibitors were able to carry out property transactions with visitors on-site; Bloom Holding was just one of the 130 exhibitors to benefit significantly from the change in rules.

Sameh Muhtadi, CEO of Bloom Holding, said: “We launched both the Stella Maris tower project at Dubai Marina, and our Park View mixed development on Saadiyat – Abu Dhabi at Cityscape Abu Dhabi and received an overwhelming response from customers and investors alike.  The residential component of our Park View project sold out during the three day event.

“The high demand can be primarily attributed to the prominent locations of our projects, as well as the quality in design and efficiency.

“Park View is set to take shape in the university neighbourhood of Saadiyat Abu Dhabi, one of the most sought after locations in the Capital, while Stella Maris will be located at the southern end of Dubai Marina – a location that needs no introduction.”

Following the success of Cityscape events worldwide, event organiser Informa has launched into new markets this year, adding Korea and Turkey into its portfolio.  Cityscape Global, the flagship event, will take place at the Dubai World Trade Centre from 8-10 September 2015.

“At Cityscape Global, we aim to replicate our successful participation in Cityscape Abu Dhabi, by launching two additional projects and showcasing our existing portfolio,” Muhtadi added.

“The Cityscape events have made a significant contribution to the growth of Bloom Holding by generating awareness and sales revenues, forging new partnerships and consolidating our leading presence in the regional real estate market.”

Among the highlights of the three-day exhibition was the Abu Dhabi Market Overview Forum which took place for the second-year running on the opening day.  Jointly organised with JLL and supported by Masdar City, the half-day conference revealed Q1 real estate figures for 2015 and featured a group of leading experts who discussed how to create sustainable economic growth in the capital.

The ninth edition of Cityscape Abu Dhabi was held under the patronage of His Highness Sheikh Mohammed bin Zayed Al Nahyan, Crown Prince of Abu Dhabi and Deputy Supreme Commander of the UAE Armed Forces.

Wouter Molman, Director Cityscape Group, said, “The decision to enable transactions on site was made based on advice from  key government entities as well as requests from the developers themselves who, unlike in previous years, were able to use Cityscape Abu Dhabi as a platform to launch new projects and conduct transactions, instead of simply gauging interest from the market.

“The impact was extremely positive and evident via an increase in visitor numbers and announcements.  Bloom Holding was just one example of the numerous success stories, while several other developers have indicated they will be looking to change their strategies moving forward to ensure that Cityscape Abu Dhabi is used as key selling opportunity.”

Molman added: “With 53.8% of visitors attending the show to look for real estate investment opportunities or buy a home and 61% of visitors intending to make a purchase or do business with a company they met at Cityscape Abu Dhabi within the next 12 months, the show continues to act as a vital barometer for the regional property sector.”