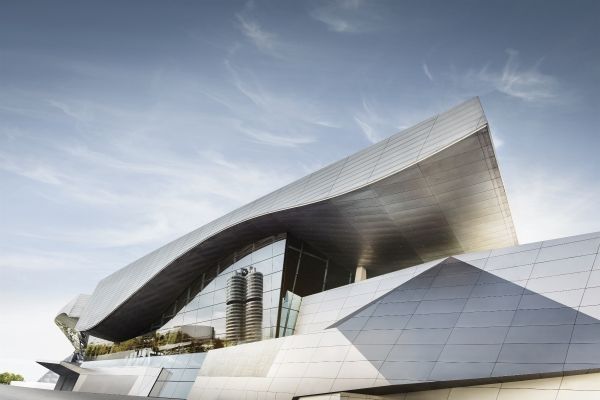 The BMW Group is well prepared to react swiftly and decisively at all times to new developments during the corona pandemic by systematically identifying potential scenarios. This approach is all the more important given that the BMW Group expects the consequences of the corona pandemic to constrain the operations of the entire automotive industry for quite some time to come.

It is also becoming apparent that delivery volumes in key markets are not going to return to normal in the space of just a few weeks. The BMW Group is developing strategies for various scenarios and is prepared to take additional measures to safeguard its financial position and use its underlying strength to steer itself through this challenging phase.

“Quite clearly, the situation remains serious and market forecasts are subject to constraints under these circumstances. We are gradually ramping up our production again according to demand in each market. However, we are monitoring developments extremely closely to be able to respond with maximum flexibility,” said Oliver Zipse, Chairman of the Board of Management of BMW AG, in Munich on Wednesday. “We are keeping a tight rein on inventory levels because liquidity has absolute priority in this situation.”

At the same time, the BMW Group is keenly aware of its responsibility as an employer and as an integral part of society. It promotes the protection and health of its employees and endeavours to strike the best possible balance to ensure the enduring success of the enterprise.

The BMW Group is also helping public authorities to procure personal protective equipment, providing vehicles for aid organisations, and has even started producing respiratory masks. Zipse went on to say: “We are doing all we can to leverage our expertise to combat the virus. We are contributing towards protecting public health. At the same time, we are also doing our part to help kick-start the economy and revive public life in a number of countries. Both of these factors are highly relevant and they can only work in unison.”

Setting the course at an early stage is paying off

Even in the current situation, the BMW Group’s strategic decisions are paying off. It set about meeting currently applicable CO2 targets at an early stage, an important aspect of which was the decision to systematically electrify its model range.

With its Performance > NEXT programme launched in 2017, the BMW Group laid the foundations for achieving greater efficiency and stronger operating performance. It has also strategically secured access to the raw materials needed to deliver electric mobility. Since the beginning of the current year, the BMW Group has been procuring the required cobalt and lithium directly and passing those resources on to the suppliers who manufacture battery cells.

At the same time, the BMW Group remains convinced of the importance of focusing consistently on customer needs and therefore on the innovations required to meet those needs as crucial to its enduring success: “We remain focused on investing to enhance our future success. We will continue to electrify our fleet as planned and make no compromises when it comes to highly automated driving.

Our iNEXT is designed to provide Level 3 performance on highways. We will also continue to invest in hydrogen fuel cell technology. Furthermore, as a dependable partner within our society, we continue to train young people,” said Zipse with emphasis.

“In no way does the pandemic call our business model into question. Driven by technology and innovation, our business model will remain future-proof after the current crisis has ended.” With these aims in mind, the BMW Group continues to invest in broadening its expertise in key future-oriented fields of technology. By 2025, the Group intends to invest over 30 billion euros in research and development to further establish its role as an innovation leader.

The BMW Group continues to work tirelessly to reduce CO2 emissions levels in its new model fleet and is again set to achieve the stipulated CO2 fleet target for new vehicles registered in Europe this year. This is around 20% below last year’s target. The Group expects to achieve one third of the required reduction through further improvements to its conventional drivetrain systems and the remaining two thirds by increasing the number of electrified vehicles it produces.

The BMW Group’s efforts to meet future, mandatory CO2 and fuel consumption limits are therefore based on the combined impact of Efficient Dynamics technologies – which the Group has deployed continuously since 2007 – and the progressive electrification of its fleet.

Zipse confirmed: “We remain firmly committed to the CO2 targets agreed within the European Union and to the introduction of the Euro 6d emissions standard. We simply cannot afford to rest on our laurels when it comes to protecting the environment.”

As a pioneer of electric mobility, the BMW Group is already a leading supplier of electrified vehicles and currently in the process of expanding its range significantly. By the end of 2021, the BMW Group will be able to offer customers a choice of five all-electric series production vehicles.

In addition to the BMW i3, the all-electric MINI Cooper SE* went into production at the Group’s Oxford plant (UK) at the end of 2019. This year, production of the BMW iX3 will begin at the Shenyang plant in China, followed in 2021 by the BMW iNEXT and the BMW i4 at the Dingolfing and Munich plants respectively – all of which will be equipped with fifth-generation BMW eDrive technology.

The next generation of the BMW 7 Series will undoubtedly mark a new milestone. The BMW brand’s flagship also offers customers the “Power of Choice” and is set to be available with four different drivetrain types: as a highly efficient diesel- or petrol-powered version, as an electrified plug-in hybrid and, for the first time, as an all-electric BEV model, which will also be equipped with fifth-generation electric drivetrain technology.

With this combination, the BMW Group is underscoring its aspiration to offer every customer the right technology for more sustainable mobility.

Investing with a sense of proportion – liquidity position remains strong

Again in the first quarter of 2020, the BMW Group incurred substantial upfront expenditure on the road to providing tomorrow’s mobility – nevertheless maintaining cost and capital discipline. At € 1,380 million, research and development expenses for the three-month period remained high (2019: € 1,396 million; -1.1%). Capital expenditure on property, plant and equipment and other intangible assets amounted to € 687 million (2019: € 999 million; -31.2%) for the first quarter.

“Our proven strategy of targeted investment with a sense of proportion applies more than ever. In view of the current situation, we will either put certain projects on hold or subject them to further review. We therefore expect to reduce capital expenditure from almost 5.7 billion euros in the previous financial year to less than four billion euros in 2020,” said Nicolas Peter, Member of the Board of Management of BMW AG, Finance.

“The BMW Group has additionally bolstered its already strong liquidity position by increasing liquid funds to almost 19 billion euros at the end of the quarter. We continue to have the best credit rating of all European carmakers and the second-best worldwide. Our long-term strong creditworthiness enables us to continue benefiting from excellent access to international capital markets.”

Over the past three years, the BMW Group has already achieved an excellent starting position with its Performance > NEXT programme. One of the many positive outcomes of this initiative is that development times for new vehicle models have been reduced by as much as one third. On the product side, up to 50% of today’s drivetrain variants will be eliminated from 2021 onwards in the transition to creating enhanced flexible vehicle architectures.

Moreover, the BMW Group’s model portfolio is regularly assessed with a view to finding additional potential ways of reducing complexity. Potential for greater synergy and efficiency in indirect purchasing as well as in terms of material and production costs is also being leveraged throughout the Group. By the end of 2022, the Group intends to save more than 12 billion euros through efficiency-boosting measures.

However, the result posted for the first quarter of 2019 was negatively impacted by the recognition of a provision for approximately € 1.4 billion in connection with the Statement of Objections received from the EU Commission concerning ongoing antitrust proceedings.

Despite a number of significant items of expense recognised within the financial result, the Group profit before tax (EBT) finished at € 798 million, still slightly higher than one year earlier (2019: € 762 million; +4.7%).

In total, 30,692 electrified BMW and MINI brand vehicles were delivered worldwide (+13.9%). “We are therefore well on track for meeting the EU’s CO2 targets,” pointed out Zipse.

A total of 221,024 (-18.3 %) BMW, MINI and Rolls-Royce brand vehicles were delivered to customers in the Europe region during the first three months of the year. In Germany, with a total of 66,004 vehicles delivered, the year-on-year decrease (‑8.8%) was less pronounced than that seen across the market as a whole. The number of vehicles delivered to customers in China was down by 30.9% in the first quarter (116,577 units).

The trend reversal in March and April is an encouraging sign that points to a market recovery. Similarly, the latest figures from South Korea indicate a move in the right direction. In the USA, the BMW Group sold a total of 64,956 (-17.4%) units during the first three months of the year, of which 59,455 (-15.3%) were BMW brand vehicles.

Segment revenues increased to € 7,598 million (2019: € 7,146 million; +6.3%). Profit before tax amounted to € 484 million (2019: € 627 million; -22.8%). A significant reason for the deterioration in earnings was the increased risk provisioning expense recorded in conjunction with the expected consequences of measures taken by governments to contain the corona pandemic.

The BMW Group sets itself ambitious targets, even in politically and economically turbulent times. However, the uncertainty surrounding the global spread of coronavirus and its consequences makes it difficult to accurately forecast the BMW Group’s business performance for the financial year 2020. The BMW Group still expects the spread of coronavirus and the necessary containment measures to seriously dampen demand across all major markets over the entire year 2020.

In the Financial Services segment, the number of new contracts is expected to decrease and the refinancing cost to increase. The return on equity is now forecast to drop moderately year-on-year.

Motorcycles segment deliveries over the twelve-month period are now expected to be significantly below the previous year’s level. The EBIT margin is forecast to be within a range of 3% and 5%.

Taking into account the effects described above, Group profit before tax is predicted to be significantly lower than in 2019.

The workforce will be slightly below the level of the previous year. As already communicated, reductions in staff numbers due to natural fluctuation will be used to manage the workforce size. Under the current circumstances, all new recruitment will be considered very carefully.

The updated guidance does not, in particular, include, a longer and deeper recession in major markets, a more severe economic slow-down in China as a result of recessions in other parts of the world, significant market distortions due to an even stronger competitive environment and possible implications caused by a second wave of infections and associated containment measures. The BMW Group continues to monitor further developments closely and is well prepared to take any necessary measures at short notice.

1In connection with a review of its sales and related reporting practices, BMW Group reviewed prior period retail vehicle delivery data and determined that certain vehicle deliveries were not reported in the correct periods. Further information can be found in the March 12th press release announcing BMW Group’s financial results for 2019 and in BMW Group’s 2019 Annual report. As an update of the information given there, BMW Group has revised the data on vehicle deliveries retrospectively going back to 2015 in its sixteen most significant markets.