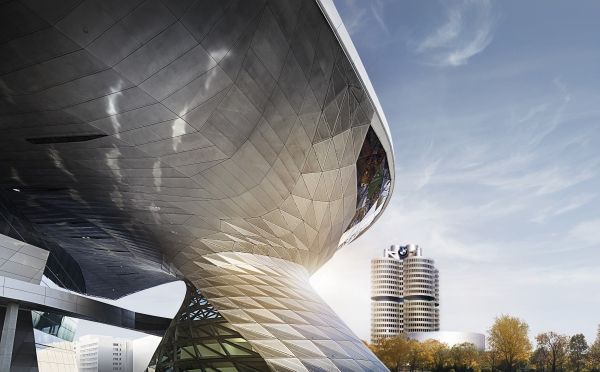 Munich. The BMW Group has successfully concluded the financial year 2019, continuing the upward trend in profitability in the fourth quarter. At the same time, between October and December 2019, revenues reached their highest level ever for a single quarter, reflecting the growing proportion of vehicles from the upper luxury segment. Over the full year, Group revenues exceeded 100 billion euros for the first time and were more than twice as high as in 2009.

“In 2019, we improved our profitability from quarter to quarter – despite a challenging market environment. This shows that we have the right products on the road and that our strategy is effective,” stated the Chairman of the Board of Management of BMW AG, Oliver Zipse, on Thursday in Munich. “We are embracing the transformation of our industry with confidence and trust in our innovative strength. We recognised the signs of change at an early stage and made preparations accordingly. Our full potential is now emerging – at exactly the right moment.”

The BMW Group is continuously working to reduce the CO2-emissions of its new car fleet. The company has always lived up to its voluntary commitment and will achieve the CO2 fleet target for its European new car registrations also this year. This is around 20 percent below last year´s target.

One third of that step can be achieved by further improvements to conventional drivetrain systems and two-thirds by the growth in the field of electrified vehicles. The BMW Group’s endeavours to meet future mandatory CO2 and fuel consumption limits are therefore based on the combined impact of Efficient Dynamics technologies – which have been deployed by the BMW Group since 2007 – and the ongoing electrification of vehicles.

As a pioneer of electric mobility, the BMW Group is already today a leading manufacturer and supplier of electrified vehicles and is currently in the process of expanding its range significantly. By the end of 2021, the company intends to have more than one million vehicles with all-electric or plug-in hybrid drivetrains on the roads. At that stage, the BMW Group will offer five all-electric series production vehicles.

Alongside the BMW i3, demand for which increased for the sixth year in succession, production of the all-electric MINI SE* was commenced at the Oxford plant (UK) towards the end of 2019. The BMW iX3 will go into production this year at the plant in Shenyang, China, followed in 2021 by the BMW iNEXT in Dingolfing, Germany, and the BMW i4 at the Munich plant – all of which will be equipped with fifth-generation electric drivetrain technology.

By 2023, the BMW Group will already have 25 electrified models on the roads – more than half of them all-electric. The key to achieving this objective is having intelligent vehicle architectures that, with the aid of a highly flexible production system, enable a model to be powered fully electrically, as a plug-in hybrid or with a combustion engine.

With these prerequisites in place, the company is in an ideal position to meet demand in each relevant market segment and offer its customers a genuine power of choice between the various drive types. By 2021, demand for electrified vehicles is predicted to double compared to 2019. The BMW Group then expects to see a steep growth curve up to 2025, with sales of electrified vehicles growing on average by more than 30 per cent p.a.

In paving the way for the future of mobility, a substantial level of upfront expenditure was again required during the period under report. Research and development expenses for the year 2019 in accordance with IFRS totalled € 5,952 million, significantly up on the previous year (2018: € 5,320 million; +11.9%).

The growing proportion of electrified vehicles is also driving up manufacturing costs. Exchange rate factors and rising prices for raw materials also put downward pressure on earnings. Capital expenditure for property, plant and equipment and other intangible assets increased by 12.3% to € 5,650 million year-on-year (2018: € 5,029 million) due to the first-time application of IFRS 16.

Investment was made mainly in connection with continuing the new model initiative as well as the modernisation and flexibilisation of existing plant structures.

Greater financial strength through Performance > NEXT

To compensate for the high upfront expenditure on future-oriented technologies, the BMW Group remains committed to improving efficiency continually as part of the Performance > NEXT programme launched in 2017.

“Upfront expenditure in the technologies of the future such as e-mobility needs to be financed. That is why we continue to work with strong determination on those matters that lie in our own hands and maintain a clear focus on performance and efficiency,” said Nicolas Peter, Member of the Board of Management of BMW AG, Finance. “By optimising our core business, we are systematically ensuring greater financial strength and performance. We are growing in the right segments, and therefore generating the funds needed to ramp up our sustainable mobility strategy.”

A key aspect in this endeavour is to develop even faster digital processes and leaner structures. The Performance > NEXT programme is expected to generate efficiency savings in excess of 12 billion euros by the end of 2022. Among other things, development times for new vehicle models will be reduced by as much as one third. On the product side, up to 50 per cent of traditional drivetrain variants will be eliminated from 2021 onwards in the transition to creating enhanced, intelligent vehicle architectures – in favour of additional electrified drivetrains. It is in this area that the full impact of these measures will come into effect, particularly in the years after 2022.

Moreover, the model portfolio is regularly assessed with a view to finding additional potential ways of reducing complexity. Potential for greater synergy and efficiency in indirect purchasing as well as in terms of material and production costs is also being leveraged throughout the Group. The BMW Group is also strengthening performance with an array of new models – especially in segments where the rates of return are highest. One of the Group’s targets is to double its sales volume in the luxury segment from 2018 to 2020.

Steady improvement in profitability and EBIT in financial year 2019

The BMW Group’s profitability and profit before financial result improved from quarter to quarter over the course of 2019. The first quarter was impacted by the recognition of a provision for € 1.4 billion following the receipt of a Statement of Objections from the EU Commission in connection with ongoing antitrust proceedings. Group profit before tax for the second half of 2019 then grew significantly year-on-year (€ 4.3 billion; +18.8%).

Based on the annual financial statements of BMW AG, the Board of Management and the Supervisory Board will propose at the Annual General Meeting on 14 May 2020 payment of a dividend of € 2.50 per share of common stock and € 2.52 per share of preferred stock, leading to a dividend payout ratio of 32.8% (2018: 32.0%) of net profit. The total dividend payment would be approximately € 1.65 billion.

“The trust of our investors has always been a high priority for us,” said Peter. “We want them to participate in the success of the company, just like our employees are able to.”

Rolls-Royce Motor Cars recorded the best volume performance in the marque’s 116-year history with 5,1001 units delivered worldwide (2018: 4,1941 units; +21.6%1). Growth was achieved in all regions, with North America standing out again as the most important market. The past year saw exceptional demand worldwide for the Cullinan and Black Badge models.

As forecast, the BMW Group’s workforce at 31 December comprised 133,778 employees, similar to the level one year earlier (2018: 134,682 employees; ‑0.7%). In particular, the Group continues to recruit skilled workers and IT specialists in future-oriented fields such as software development, digitalisation, autonomous driving and e-mobility, as well as for its international production network.

From the beginning of the financial year 2020, the key performance indicator for the workforce size will be based solely on the number of core and temporary employees. This change is in line with a reorganisation of internal management, which focuses on these employee groups.

Employee groups such as apprentices, students gaining work experience and doctoral students will not be included in this key performance indicator in future, as they primarily serve to promote the training of young people and to secure the next generation of employees. Based on the new reporting methodology, the workforce comprised 126,016 employees at 31 December 2019.

Further information on the Group Financial Statements 2019 and the outlook for the current year will be available at the BMW Group’s Annual Accounts Press Conference to be held in Munich on 18 March 2020.

In December 2019, BMW Group was informed by the U. S. Securities and Exchange Commission (the SEC) that the SEC had commenced an inquiry into BMW Group’s vehicle sales practices and reporting. On January 22, 2020, the SEC formally opened an investigation into potential violations of U. S. securities laws by BMW Group relating to disclosures regarding BMW Group’s unit sales of new vehicles.

BMW Group is reviewing the matter and cooperating with the SEC’s investigation. Information on contingent liabilities is provided in note 38 to the Group Financial Statements in the annual report.

The preparation of BMW Group’s retail vehicle delivery data involves estimates and judgments and is subject to other uncertainties, including:

each of which may not correlate to a sale to a consumer or other end user in the relevant reporting period.

See Glossary – Explanation of Key Figures – Deliveries for the definition of deliveries (see below).

In connection with reviewing its sales practices and related reporting practices, BMW Group also reviewed prior period retail vehicle delivery data and separately determined that certain vehicle deliveries were not reported in the correct periods. BMW Group has revised the data on those vehicle deliveries that had not been reported in the correct periods as further described below, and is making, and will continue to make in the future, certain adjustments to its policies and procedures in order to improve the reliability and validity of its retail vehicle delivery data, in particular with respect to the timing of the recognition of deliveries.

While BMW Group believes the retail vehicle delivery data presented in the annual report and this media information to be materially correct in accordance with BMW Group’s definition of deliveries, challenges and further revisions of such data cannot be ruled out.

A new or used vehicle will be recorded as a delivery once handed over to the end user (which also includes leaseholders under lease contracts with BMW Financial Services). In the US and Canada, end users also include (1) dealers when they designate a vehicle as a service loaner or demonstrator vehicle and (2) dealers and other third parties when they purchase a company vehicle at auction and dealers when they purchase company vehicles directly from BMW Group.

Abbreviation for “Earnings Before Interest and Taxes”, equivalent in the BMW Group income statement to “Profit / loss before financial result”. This is comprised of revenues less cost of sales, selling and administrative expenses and the net amount of other operating income and expenses.

Profit / loss before financial result as a percentage of revenues.