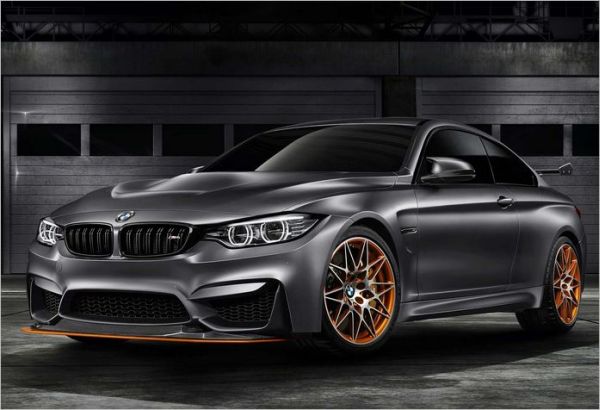 Sales at the BMW Group set a new June record with a total of 227,849 vehicles delivered to customers around the world, an increase of 9.1% on the same month last year.

This latest record month means that the company has achieved its best ever first half-year sales: year-to-date deliveries are 5.8% up on the same period last year with a total of 1,163,139 vehicles sold.

“With our three premium brands, we’ve achieved good first half-year growth, with sales in Europe and Asia showing particularly strong results,” said Dr Ian Robertson, Member of the BMW AG Board of Management with responsibility for Sales and Marketing BMW.

“Our focus continues to be on ensuring sustainable, profitable growth in sales and despite headwinds in some markets, our June results confirm that we are achieving just that,” he continued.

The BMW 7 Series almost doubled its monthly sales year-on-year with a total of 6,301 delivered to customers worldwide (+92.6%).

There continues to be an increasing demand for BMW i and iPerformance vehicles, especially in Europe.

In June, four percent of all BMW sales in Western Europe were electrified cars, with that percentage increasing significantly in markets where   e-mobility is supported by financial and infrastructure measures.

For example, in the Netherlands, 14.9% of all BMWs sold in June were BMW i or BMW iPerformance models while in Scandinavia, the figure is 13.2%.

In July, the new BMW i3 94A will celebrate its market launch; this version of the i3 has a significantly increased battery capacity and offers customers a range of up to 200km under everyday conditions (300km in the standard NEDC cycle.

Ahead of the launch, pre-orders of the new i3 model in Europe are already close to the 5,000 mark.

MINI achieved its best-ever June with 38,282 (+6.3%) vehicles delivered to customers around the world. A total of 174,898 MINIs were sold in the first half of the year, an increase of 5.4% compared with the same period last year.

“Our newest two premium models are proving to be strong growth drivers. We are delighted to see that the third generation of the MINI Convertible is proving so popular, while the MINI Clubman’s offering of every-day practicality in the larger compact class has won many new fans for the brand,” he continued.

The new MINI Convertible has been delivered to a total of 14,136 customers in the first six months of the year (+54.5%), while 27,511 customers worldwide have received the keys to their new MINI Clubman.

Rolls-Royce Motor Cars announced the best ever June sales performance in the history of the company and very strong Q2 results, up 14.7% on the previous year.

Sales in the first half of the year totalled 1,684 units, down 4.8% on the previous year.  This result is according to plan and follows the successful rebalancing of production assets within the Goodwood plant due to the introduction of Dawn.

The marque remains optimistic for a strong year in 2016.

In Europe, combined monthly sales of BMW and MINI totalled 110,303 in June, up 15.0% compared with the same month last year.

Overall year-to-date sales for BMW and MINI in Europe total 542,851, an increase of 11.2% and the first time more than half a million vehicles have been sold in the region in the first six months of the year.

Sales of BMW and MINI vehicles in Asia also saw strong growth last month with a total of 67,723 vehicles delivered to customers in June (+12.3%).

The region’s biggest market, Mainland China, achieved a 12.8% increase compared to the same month last year, with a total of 45,300 vehicles sold.

Sales of BMW and MINI in the Americas decreased 8.4% in June compared with the same month last year, with a total of 42,425 vehicles delivered to customers in the region.

It’s been a successful first half-year for BMW Motorrad – for the first time ever, more than 80,000 motorcycles and maxi-scooters have been delivered to customers in the first six months of the year.

Year-to-date sales have increased 3.0% compared with the same period last year, with 80,754 two-wheelers sold globally. Monthly sales at BMW Motorrad were 3.2% down on last year’s record June, with a total of 14,993 units delivered to customers.