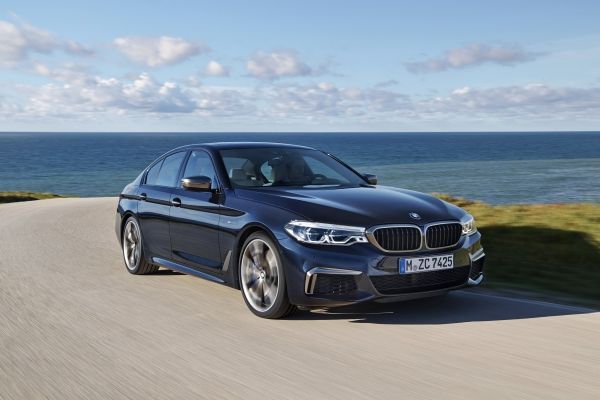 BMW annual sales top 2 million for the first time, up 5.2%

Over half a million vehicles sold in Mainland China

The BMW Group achieved its best ever sales in 2016, the sixth year in a row the company has set a new sales record, maintaining its position as the world’s leading premium car company with its three brands, BMW, MINI and Rolls-Royce.

Having recorded steady sales growth throughout the year, a total of 2,367,603 BMW Group vehicles were sold around the world in 2016, an increase of 5.3% compared with the previous year.

“As our model line-up has expanded, so have our sales, making 2016 our most successful year ever,” commented Dr Ian Robertson, Member of the BMW AG Board of Management with responsibility for Sales and Marketing BMW, speaking at the North America International Motor Show in Detroit.

“Despite headwinds in some markets, our policy of balanced global sales has paid off, as we increased our worldwide sales month by month,” he continued. “The sales development of our electrified vehicles has been particularly positive, with more than 62,000 delivered in 2016. I am confident we can continue this momentum and build on our course of profitable, sustainable growth into 2017,” he added.

In 2016, the BMW brand achieved a new full-year sales record of more than two million vehicles. A total of 2,003,359 BMW brand vehicles were sold around the world, 5.2% more than in the previous year.

The worldwide trend towards increasing SUV sales was reflected by the continuing success of the BMW X family, with one in three BMWs sold being an X vehicle. A total of 644,992 BMW X models was delivered in 2016, an increase of 22.3% compared with 2015.

Full-year sales of BMW electrified vehicles topped 62,000 in 2016, with the figures growing strongly through the year as more models were added to the line-up. The BMW Group now offers a total of seven electrified vehicles, the broadest range of any manufacturer.

“The addition of new models has clearly driven our sales of these innovative vehicles and we were delighted to see the 100,000th electrified BMW hit the road in November 2016,” commented Dr Ian Robertson.

“2016 also underlined that electro-mobility grows fastest in markets which actively support the uptake of the technology by offering the right blend of both customer incentives and public charging infrastructure,” he added.

With the addition of the BMW 5 Series and the MINI Countryman plug-in hybrids in the coming months, the BMW Group will have nine electrified vehicles in its portfolio and is targeting electrified sales of 100,000 units in 2017.

2016 was the first full year of MINI sales following the brand’s realignment in 2015, and MINI recorded its best-ever sales results with a total of 360,233 vehicles delivered to customers, an increase of 6.4%.

“These record results show that MINI is on the right track, with our new Cabrio and Clubman models being the strongest growth drivers,” said Peter Schwarzenbauer, BMW AG Board of Management member responsible for MINI, BMW Motorrad and Rolls-Royce.

“Now in early 2017, we will be introducing the new MINI Countryman to market, one of the brand’s most important models, with the electrified version coming in the summer. That will complete the revision of the MINI line-up and I am confident we will see sales grow even further over the next 12 months,” Mr Schwarzenbauer added.

Strong sales were reported worldwide except in the Middle East, where significant headwinds impacted on the entire luxury sector. Sales growth was driven by the enduring success of Wraith and Ghost, complemented by the highly successful launch of Dawn and the introduction of Wraith Black Badge and Ghost Black Badge.

The seventh generation Phantom retained its status as the most desirable luxury good in the world, enjoying exceptional demand in its final year of production, laying the foundation for its highly anticipated successor.

Annual sales of BMW and MINI in Europe topped the one million mark for the first time ever, with a total of 1,091,192 vehicles delivered to customers in 2016, an increase of 9.2%. Every market in the region contributed to that record figure, with many achieving double-digit growth.

2016 was also a record year for BMW Motorrad. Full-year sales were up 5.9% with a total of 145,032 motorcycles and maxi-scooters delivered to customers. BMW Motorrad will further grow its range as part of its new strategy, with a target of 200,000 sales in 2020.