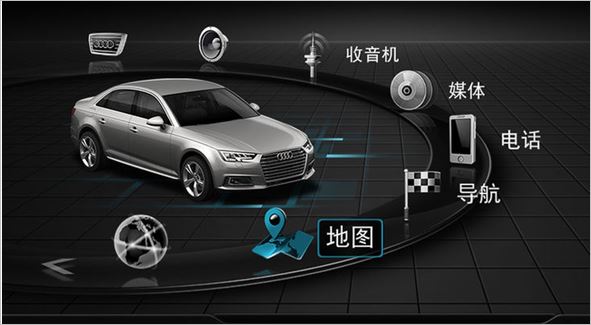 Alibaba, Baidu and Tencent join Audi to work on features for the connected car of the future


Three-party agreements signed in Shanghai between Audi China, the joint venture FAW-Volkswagen and the tech companies

Audi is strengthening the digital footprint of the brand in its largest global market. Audi China and the brand’s joint venture FAW-Volkswagen signed tripartite memorandums of understanding (MOUs) with Alibaba, Baidu, and Tencent respectively.

The partners will deepen their cooperation in the areas of data analysis, internet-vehicle platform building and urban intelligent transport.

“China has become an important lead market for digital technologies. Baidu, Alibaba and Tencent are strong innovators. We are determined to work with them on features for the connected car of the future”, says Joachim Wedler, President of Audi China.

The partnerships will be supported through the brand’s strong development capabilities in China. In Beijing, Audi operates its largest research and development facility outside of Germany.

Audi China and the brand’s joint venture are closely cooperating in their digitalization activities. Zhang Pijie, President and Member of the Board of Management, FAW-VW Automotive Co. Ltd., says:

“As the leader of China’s premium auto market, FAW-Volkswagen Audi has always set the pace for innovation. The new strategic cooperation strengthens our own digital capabilities and also China’s auto industry as a whole.”

Audi can build on existing cooperations with China’s leading internet firms. In cooperation with Alibaba, the German company has integrated real time traffic data into Audi MMI and has become the first premium manufacturer in China to offer high-resolution 3D maps.

Starting from 2017, Audi will launch Baidu CarLife in its local model line-up, for seamless transfer of Baidu’s popular app services between the customers’ digital devices and their cars.

With Tencent, Audi is currently developing the integration of WeChat MyCar services into Audi models. The first features to be implemented will be location sharing and music sharing. WeChat is Asia’s leading communication services app with over 700 million active users.

The signing of the MOUs took place on September 11 during the Audi Brand Summit. At this event from September 7 to 27 in Shanghai Audi is hosting media representatives as well as employees, dealers, customers and fans of the brand with the Four Rings. Audi addresses its technological competence in the market.

Besides several exhibits visitors experience the Audi A6 L offering all Audi connect features. Furthermore, the new Audi A4 L will be available in China including the new mobile communications standard LTE advanced. With the Audi A6 L e-tron, its first locally produced plug-in hybrid model, the brand shows its Audi e-tron technology.