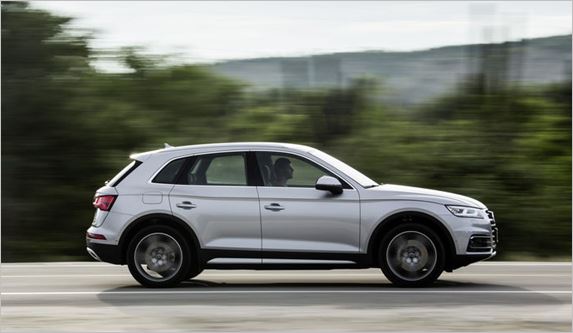 Operating return on sales 6.9 percent after three quarters, or 8.9 percent before special items

Stable operating business and extended provisions for the V6 3.0 TDI diesel issue: The Audi Group succeeded in increasing its deliveries and revenue in the first three quarters of the fiscal year, while operating profit is well down on the prior year figure mainly due to special items.

The operating return on sales after nine months is 6.9 percent, or 8.9 percent before special items.

“The conditions our company faces are currently very challenging,” remarked Rupert Stadler, Chairman of the Board of Management of AUDI AG. “Nevertheless, we have achieved further growth since the start of the year.”

He interpreted this as evidence of the Audi brand’s high appeal. “We have an attractive model portfolio that we will strengthen further with future new products. Our strategic plan is in place. The task for our strong Audi team now is to implement it systematically.”

The special items include € 752 million in risk provisioning to tackle the V6 3.0 TDI diesel issue. There are also special items amounting to € 133 million in connection with potentially faulty airbags made by Takata.

Before special items, the operating profit came to € 3,918 (2015: 4,024) million and the operating return on sales to 8.9 (2015: 9.2) percent after the third quarter. These key financial figures reflect the operating activities of the Audi Group.

In addition to currency effects, the fall compared with the prior year period above all reveals the expansion of the model and technology portfolio, along with the international manufacturing structures, in the form of higher depreciation and amortization.

“Our model and technology pipeline is well filled,” commented Axel Strotbek, Member of the Board of Management for Finance and IT at AUDI AG. “Now that our new Mexican plant has opened, we will start to ramp up production there. In Ingolstadt, the Q2 and the new A5 family are on the starting blocks.”

With the next generation of the Neckarsulm built A8, Audi intends to make the transition from partially to highly automated driving. In 2018, the brand is planning the market introduction of its first all electric drive SUV with a range of more than 500 kilometers (310.7 mi).

“Our model initiative and technology shift require us to increase efficiency and flexibility throughout the entire company and set clear priorities for our capital investments,” explained Strotbek.

Audi increased the risk provisioning items for technical measures, legal risks and sales measures in connection with the V6 3.0 TDI diesel issue by € 620 million in the third quarter.

With the publication of the Third Quarter Report, the Audi Group to some extent adjusts the forecast for its key performance indicators for the full year. Essentially as a result of altered exchange rate assumptions, the company now expects revenue to be on the level of the previous year.

For the operating return on sales, which is adversely affected by special items that can only be planned and controlled to a limited extent, the premium manufacturer now expects a figure well below the strategic target corridor of eight to ten percent.

Before special items, the forecast of an operating return on sales within this corridor remains valid. With regard to the return on investment, Audi adjusts its forecast to a figure below 16 percent to take account of special items.

However, this figure is expected to remain above the minimum required rate of return of nine percent.