Audi Group in first half of year: ongoing robust performance

… in a challenging environment 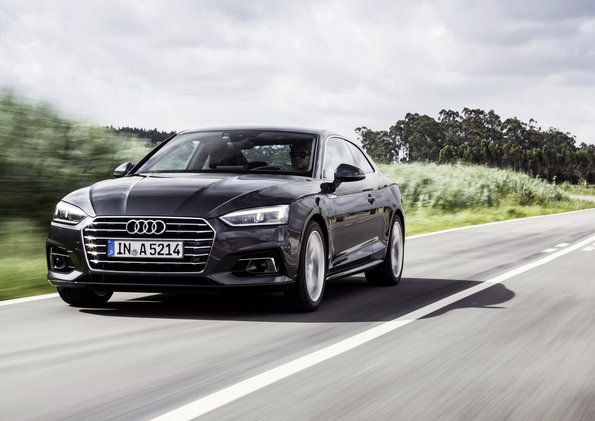 Growth in cars delivered and revenue


Operating return on sales before special items of 8.8 percent


Audi CEO Rupert Stadler: “We are applying the earnings from our core business operations and develop strategic areas for the future”


CFO Axel Strotbek: “We will increase efficiency in all areas in order to finance the technology shift”

Worldwide growth in car deliveries and robust key financials: Since the beginning of the year, the Audi Group has delivered more than 950,000 automobiles of the Audi brand and increased its revenue to €30.1 billion.

“Despite challenging conditions, we demonstrated the strength of our business operations in the first half of the year,” stated Rupert Stadler, Chairman of the Board of Management of AUDI AG.

“We are building on our strong core business and develop new business areas that megatrends such as digitization open to us. We are investing in sustainable products and developing answers for the questions of urban mobility.”

Renewed growth in deliveries underscores the attractiveness of the Audi brand. From January through June, Audi handed over 953,218 automobiles to their new owners (2015: 902,272), 5.6 percent more than in the first half of last year.

The brand achieved growth in Europe, China and the United States, and thus in all core regions. Demand was stimulated in particular by the new generations of the Audi A4 and the top-end SUV, the Q7.

The decrease compared with the prior-year period is partially due to high levels of advance expenditure, as well as currency effects. The company is putting its new plant in Mexico into operation in the second half of the year.

The Audi Group’s financial result reflects the volatile development of global interest markets in the form of negative one-time effects.

Axel Strotbek, Member of the Board of Management for Finance and IT, said: “We are making use of the financial strength of the Audi Group and shape our future with our own earnings.

We will further increase our advance expenditure in the second half of the year.” An amount of €1,238 million was invested in property, plant and equipment in the months of January through June.

The company plans investment in property, plant and equipment of more than €3 billion in full-year 2016.

“We will increase efficiency in all areas of the Group in order to safeguard our course of innovation and investment,” said Strotbek.

For the key strategic areas of the future, Audi recruited approximately 600 new employees between January and June.

That will increase to the number of about 1,200 new experts by the end of this year. Furthermore, Audi is increasing the number of apprenticeships by ten percent.

This means that for the first time, approximately 800 young people will start their job training in Ingolstadt and Neckarsulm this September.

In the full year, the Audi Group once again plans to deliver more automobiles with the Four Rings than in the previous year.

Depending on economic conditions and the development of currency exchange rates, the company also anticipates moderate revenue growth.

For its operating return on sales before special items, which reflects the ongoing business, the premium manufacturer expects a figure within its strategic target corridor of eight to ten percent.

Including special items, the Audi Group currently anticipates a percentage slightly below this corridor.