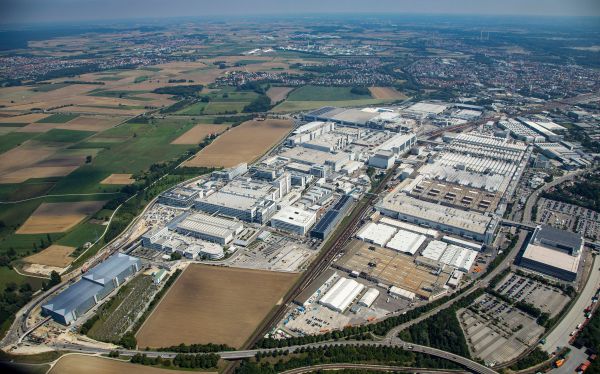 Revenue of €12.5 billion, operating return on sales of 0.1 percent

CFO Arno Antlitz: “Audi is in a robust financial position. In the corona crisis, we are managing our business in a liquidity-oriented manner and reducing our short-term expenditure without compromising Audi’s long-term future capability.”

Outlook: expectation of weak performance of global economy and car markets with a clearly adverse impact on deliveries of the Audi brand and on the revenue and operating profit of the Audi Group.

Against the backdrop of the ongoing corona pandemic, Audi is taking stock after a difficult first quarter of 2020. Due to lockdowns and closed dealerships worldwide, deliveries of Audi-brand cars fell by 21.1 percent in the first three months of this year.

The Audi Group’s revenue amounted to €12,454 million and its operating return on sales was 0.1 percent. Despite the difficult economic conditions, a net cash flow of approximately €1 billion was achieved. In view of the financial impact of the corona pandemic, Audi had taken early countermeasures to safeguard its liquidity.

Furthermore, the cash flow was boosted by the sale within the VW Group of AEV GmbH. In order to protect its employees and in response to demand and supply-chain-factors, production was temporarily suspended worldwide and short-time working was introduced at the plants in Germany. Production in China is already largely back to normal.

The Audi plants in Europe have been gradually ramping up production according to a fixed plan since the end of April. The Audi Group expects the corona pandemic to have a significant impact on the global economy and car markets over the full year, and currently assumes that deliveries of the Audi core brand, revenue and operating profit will be well below the prior-year levels.

In the context of the corona pandemic, Audi was operating in a highly volatile regulatory and economic environment in the first quarter. The global shutdown had adverse effects along the entire automotive value chain, for example on sales, customer demand and supply-chains stability.

“We closed down our production capacities in a controlled manner and in doing so have protected jobs at our sites in Germany thanks to short-time working. The health of our employees and their families has always been and still is our top priority,” said Arno Antlitz, Member of the Audi Board of Management for Finance, China and Legal Affairs.

“At the same time, during this phase when the markets are at a standstill, we have succeeded in protecting our liquidity and keeping core processes stable at our company also in the crisis.”

After the car manufacturer had initially started the year 2020 with a tailwind from its model initiative, the spread of the coronavirus and related regulatory measures such as the closure of dealerships and lockdowns from February onwards had an increasingly adverse impact on car deliveries, first in the Chinese market and later in the other core regions as well.

Due to the pandemic, deliveries by the Audi brand fell by 21.1 percent in the first three months to 352,993 vehicles (2019: 447,247). The Four Rings thus performed better than the overall market, which contracted by 23.3 percent. The first signs of recovery were already apparent in China towards the end of the first quarter: 100 percent of dealerships there have now reopened. With measures such as online sales of new cars from stock, virtual showrooms and Audi’s live advice, the brand is systematically expanding its digital sales business together with its partners.

In the context of the declining market development, the Audi Group generated revenue of €12,454 million (2019: €13,812 million), with positive effects from the full availability of Audi Q3 models and the market success of the Audi e-tron, as well as from higher revenue from deliveries of parts sets for local production in China. At €483 million, revenue by the Lamborghini brand was at the high level of the prior-year period (2019: €491 million).

Operating profit of €15 million (2019: €1,100 million) reflects not only the decline in demand, but in particular the turbulent situation on the commodity and capital markets caused by the pandemic. In the first quarter, Audi recognized losses on the fair-value measurement of commodity hedges of approximately €0.5 billion and faced headwinds from exchange-rate effects. Operating profit was adversely affected also by expenses for the early-retirement plan under the Audi.

Future program. Thanks to further efficiency gains and the greater use of synergies within the Volkswagen Group, Audi was able to reduce its research and development expenditure. The operating return on sales was 0.1 percent (2019: 8.0 percent).

Profit before tax amounted to €545 million (2019: €1,196) million, and was also positively affected by the sale within the VW Group of AEV GmbH. The former Audi subsidiary is now the basis of the Car.Software organization, into which the Volkswagen Group will place the software development activities of all its brands. The organizational focus of the Volkswagen Group’s software subsidiary is to be in Ingolstadt.

In addition, the company set up a task force at an early stage to optimize cash outflows. “Audi is in a robust financial position. We are systematically reducing our short-term expenditure without compromising Audi’s ability to act and its long-term future capability,” said Arno Antlitz.

The company has been pushing forward with important core processes also during the phase of short-time working, for example in the Technical Development and Production divisions, in order to safeguard future market launches and ensure a rapid ramp-up.

After production at the Chinese plants had already been restarted on February 17, 2020 and is now largely back to regular volumes, the European sites have been gradually ramping up again since the end of April 2020. Comprehensive precautions have been taken to protect employees’ health during the restart.

With a view to full-year 2020, against the backdrop of the ongoing corona pandemic, the car manufacturer anticipates negative growth for the global economy and significantly lower demand in worldwide car markets. The Audi Group therefore expects deliveries of the Audi core brand, revenue and operating profit to be significantly below the respective prior-year figures. The net cash flow is expected to be lower than in the previous year.