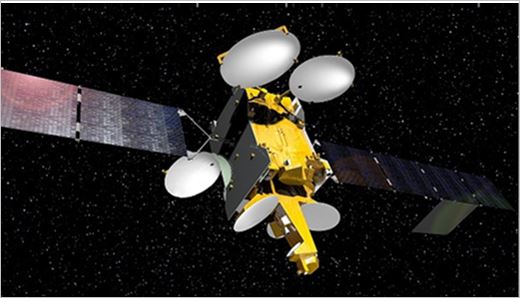 • The new satellite will provide high levels of flexibility with
coverage of Europe, the Americas, the Middle East, Africa, the Caribbean, North Sea, Mediterranean and South Atlantic regions

Telesat’s new, multi-mission satellite will replace and significantly expand on Telstar 12 at 15 degrees West. Scheduled to be launched at the end of 2015, Telesat’s newest satellite will have powerful coverage of the Americas and EMEA regions as well as maritime zones in Europe, the Caribbean and South Atlantic.

“This latest contract is an important win for our company and the fourth satellite to be designed and built by Astrium for Telesat,” said Eric Béranger, CEO of Astrium Satellites. “Telesat’s first three Astrium satellites, ordered between 2003 and 2006, have performed very well in orbit and contributed to a new reliability record for our Eurostar platform, which has now accumulated over 480 years of operations in orbit.”

Telesat’s newest satellite will have a launch mass of under five tonnes with 11 kW of electrical power. It has been designed to have a nominal service life of more than 15 years in orbit.

Telesat is a leading global satellite operator, providing reliable and secure satellite-delivered communications solutions worldwide to broadcast, telecom, corporate and government customers. Headquartered in Ottawa, Canada, with offices and facilities around the world, the company’s state-of-the-art fleet consists of 14 satellites, and the Canadian payload on ViaSat-1 with another satellite under construction.

Astrium is the number one company in Europe for space technologies and the third in the world. It is the only global company that covers the full range of civil and defence space systems, equipment and services.

Astrium is a wholly owned subsidiary of EADS, a global leader in aerospace, defence and related services. In 2012, the Group – comprising Airbus, Astrium, Cassidian and Eurocopter – generated revenues of €56.5 billion and employed a workforce of over 140,000.