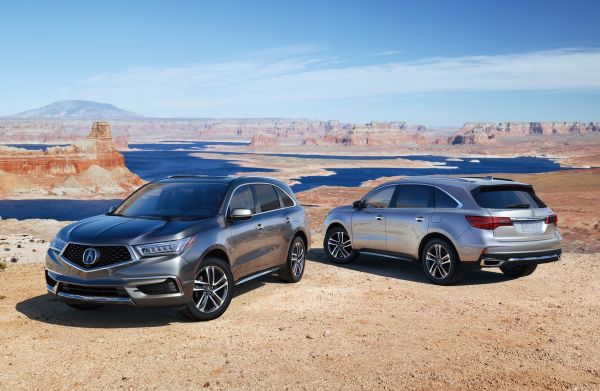 Continuing to buck the industry trend, Honda car sales helped push the brand to a new November record. Fit and Accord led the way for Honda cars, with strong support from Civic.

Honda truck sales maintained strong momentum with a new November record as HR-V jumped in triple digits and both CR-V and the new Ridgeline had strong sales performances.

Honda Division sales rose 7.9 percent on sales of 111,308 for a new November record.

Civic sales topped 25,000 for the month, gaining 1 percent and keeping Civic on track to set an all-time annual sales mark in December.

“This is especially gratifying considering the strength of our light truck lineup, as we continue to hit on all cylinders with individual retail buyers.”

Acura light trucks continued to show sales muscle, with MDX leading the month of November for the brand and RDX recording best-ever November sales. On the car side, RLX showed an uptick while NSX reached a new milestone.

Sales of the redesigned MDX rose 13 percent on sales of 4,622 for the month.

RDX had its best November sales to date, rising 1.6 percent on sales of 3,750 vehicles.

RLX sales moved up slightly in November, gaining 16.7 percent on sales of 140 units.

Reaching another milestone, the custom-crafted NSX supercar has topped 200 customer deliveries since sales commenced in May.

“Strong sales of the new Acura MDX demonstrate that our design direction and focus on performance is the right path for the Acura brand,” said Jon Ikeda, vice president and general manager of the Acura division.

“With the NSX and the MDX leading the way, we will take our entire lineup toward Acura’s Precision Crafted Performance DNA.”