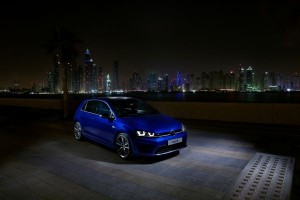 Photo caption:    Al Nabooda Automobiles’ 2014 success was buoyed  by the launch of the all-new dynamic Golf R in the summer.

Al Nabooda Automobiles is reflecting on another positive year, as the exclusive distributor for Volkswagen in Dubai and the Northern Emirates reported a 13,9% increase in cars sold in 2014.

The largest Volkswagen dealer in the Middle East, Al Nabooda Automobiles’ 2014 success was buoyed by the launch of the all-new dynamic Golf R in the summer. The new compact sports car completed the series lineup, joining the Golf and Golf GTI.

With a 78% growth rate, the Golf was the number one selling Volkswagen model of 2014 while both the Tiguan and Jetta maintained strong, consistent sales throughout the year.

“Our sales have yet again increased in 2014, largely due to our excellent product and high-quality customer service.” said Thierry Seys, Volkswagen General Manager at Al Nabooda Automobiles.

“2014 has been a landmark year for Al Nabooda Automobiles and the opening of our new facilities in Deira, Sharjah and Fujairah take us closer to our customers, expanding our operations throughout the UAE and complementing our current service offering. Our customers now have even more choice and options when it comes to buying and servicing their cars.”

Al Nabooda Automobiles was amongst the first dealerships in the Middle East to receive the new Beetle, one of the most anticipated new models of 2014.  Its arrival provided customers in Dubai and the Northern Emirates the exclusive chance to experience the next generation of one of the world’s most loved cars. The Beetle is available across Al Nabooda Automobiles showroom at a starting price of AED99,000.

With the new Scirocco and Touareg arriving at the Al Nabooda Automobiles showrooms earlier this month, 2015 is set to be an exciting year for the Volkswagen in Dubai, Sharjah and Fujairah.

Seys added: “Al Nabooda Automobiles goes to great lengths to develop and maintain the best team atmosphere among the Volkswagen workforce in order to provide the best service to our customers, and we look forward to continuing our efforts throughout 2015.”