The Era of the black list is over, confirms “SIMAH” 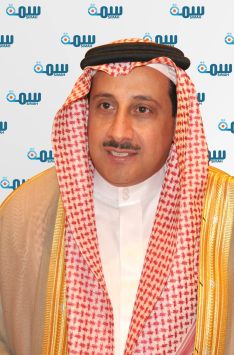 Factual credit information leads the way in assessing consumers’ creditworthiness which will effectively see the end of blacklists, says the CEO of the Saudi Credit Bureau (SIMAH).

A recent study on payment behaviour conducted by SIMAH in 1,000 defaulters found that 46 per cent borrow from their friends to pay their loans, while 27 per cent notify the lenders of their inability to reimburse the settlement.

SIMAH, which plays an important role in promoting financial discipline, superior credit risk management and making prudent lending decisions, has stressed that the bureau has no form of lists to assess consumers’ creditworthiness.

Nabil Al-Mubarak, CEO of SIMAH said:  “We are a neutral credit bureau that provides credit information reports according to the Credit Information Law and Implementing Regulations.  We can confirm that the era of the black list ended in 2004 and the new assessment strategies from SIMAH provide more transparency in the credit market.  As a result, consumer’s positive credit history is increasing which allows them to access more credit facilities.

“SIMAH seeks to help its members provide consumers with diversified and unlimited financial services including all kinds of credit facilities with less costs and guarantees.  It also aims to help creditors to take better and faster decisions, reduce non-payment risks, and help consumers to benefit from their credit histories at less commission and easier conditions.”

SIMAH’s study revealed that 80 per cent of total defaulters own cars manufactured after 2000, with 36 per cent buying their cars in cash, 31 per cent in instalments and 4 per cent by loans.  Just less than 50 per cent of defaulters admitted that their spending is affected by banks’ promotional advertisements.

Organised by Saudi Credit Bureau (SIMAH), the Association of Consumer Credit Information Suppliers (ACCIS) and the Consumer Data Industry Association (CDIA), the two-day summit will discuss a number of topics, including the growth of the credit bureau in the GCC region, the US and the EU data reporting standards and the latest trends in fraud and tools being used to prevent fraud and identity theft.

Starting in Rome 16 years ago, the 9th WCCRC takes place for the first time in the MENA region, as Dubai continues to climb the ranks as one of the world’s leading business hubs.

With 23 professionals offering their expert advice over the two-day conference, senior executives from more than 250 credit bureaus, credit card firms and lenders as well as government officials are expected to come together from more than 60 countries to address the latest developments in the credit reporting industry.

Registration for delegates opens on Sunday 19 October, followed by a private VIP gala dinner at the Armani Hotel sponsored by SIMAH and Al-Etihad Credit Bureau.