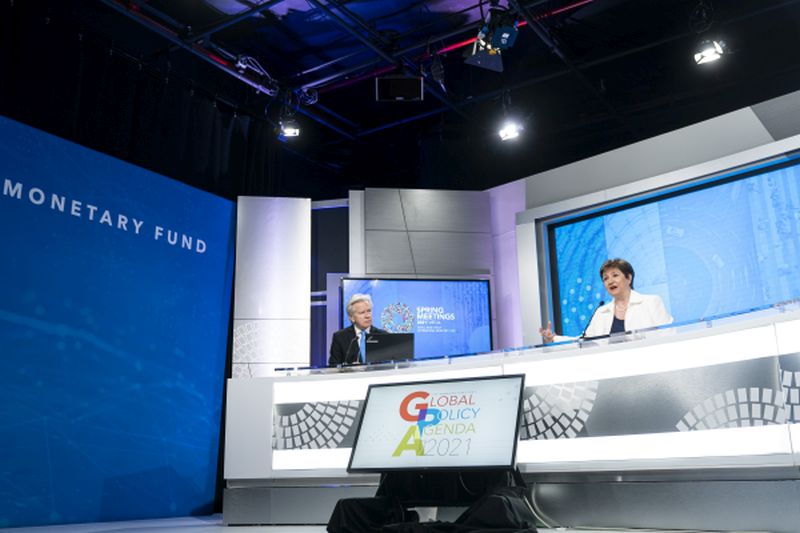 In her press briefing held today (Wednesday, April 7th) in Washington, DC, the IMF’s Managing Director Kristalina Georgieva said that vaccinations and policy support were the reasons behind an increase to 6% in the World Economic Outlook’s latest update.

“We have good news that there is light at the end of the tunnel after the world’s worst global recession since the Second World War, the recovery is underway. And as you know, yesterday we lifted our global growth forecast to 6% for this year, 4.4% for 2022. The outlook is brighter because millions of people are benefiting from vaccinations and because of further policy support, especially in the United States. This is adding to the exceptional and coordinated actions taken over the past year. Without them, without those fiscal and monetary measures, the global contraction last year would have been three times worse,” said Georgieva

Georgieva added that, had it not been for the extraordinary fiscal and monetary measures, last year’s global contraction would have been three times worse, potentially paving the way for another “Great Depression”. Nevertheless, while now there is light, the crisis continues to cast a dark shadow.

“Economic fortunes are diverging dangerously. A small number of advanced and emerging market economies led by the U.S. and China are powering ahead. Weaker and poorer countries are falling behind in this multispeed recovery. We also face extremely high uncertainty, especially over the impact of new virus strains and potential shifts in financial conditions. And there is the risk of further economic scarring from job losses, learning losses, bankruptcies, extreme poverty, hunger. Policymakers must take the right actions now by giving everyone a fair shot, not just into people’s arms, but also in people’s lives and in vulnerable economies,” stressed Georgieva

Georgieva concluded by highlighting the role the IMF is playing in fostering a fair recovery and a resilient post-pandemic world, working hand-in-hand with its 190 member countries.

“We continue to step up in an unprecedented way. So far, we have supported 86 countries with over a $110 billion using a variety of instruments. Our lending to sub-Saharan Africa last year was 13 times more than the annual average over the previous decade. We have supported 160 countries through technical assistance and training and 29 of our poorest members through debt service relief recently extended and as indicated by the G20 today, we will propose a new SDR allocation of 650 billion dollars. This will help address the long-term global need for reserve asset and provide substantial liquidity boost to all our members, especially the most vulnerable.,” said Georgieva.