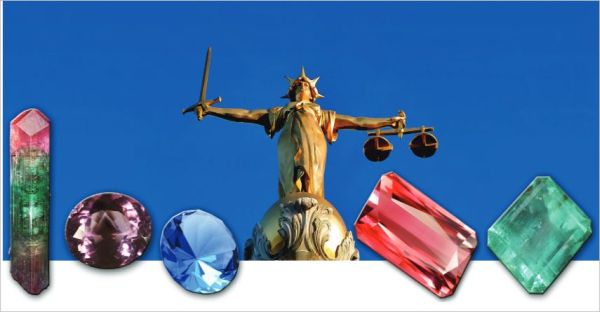 With fewer than six weeks to go to the opening of the 2015 CIBJO Congress in Salvador, Brazil, on May 4, 2015, the fourth of the CIBJO commissions’ Special Reports has been released. Prepared by the CIBJO Coloured Stone Commission, headed by Nilam Alawdeen, the report looks at the impact of measures being introduced ensure that coloured gemstones are sourced in ethical manner.

In many cases, Mr. Alawdeen writes, the primary objective appears to be using ethical sourcing as a marketing tool, where the goal is more to increase sales, rather than looking out for the welfare of local communities. “The energies and finances spent in publicising such efforts are in many cases more than what appears to have been invested in actual grassroots welfare,” he writes.

“Just as there is no traffic rule that can be universally applied, since conditions differ in many countries, approaches have to be localized,” Mr. Alawdeen continues.

“Policies have to be made in consultation with local industry and governments, otherwise it will appear to be a repeat of what took place in countries that experienced colonial rule, where rulings were resented for no other reason than that they were imposed. Time also has to be given for solutions to be accepted and realised. A top-down-only approach will be counterproductive.”

The 2015 CIBJO Congress will take place in Salvador, Brazil, May 4-6, 2015, with pre-congress meetings on May 2 and May 3. The congress will be hosted by IntInstituto Brasileiro de Gemas e Metais Preciosos (IBGM), the Brazilian Gems & Jewellery Trade Association.

The official venue and hotel for the CIBJO Congress 2015 is the Sheraton da Bahia, a member of the Starwoods Group, which is located in downtown Salvador.